Kasbah nightclub in Coventry, well known tacky haunt of students from both the city’s Universities, seemed an unlikely place to host a Uli Jon Roth gig but turned out to me a nice intimate setting, with surprisingly good acoustics. One of the early dates of his 50th Anniversary tour, covering material from across his career Scorpions, Electric Sun (including a stunning rendition of Enola Gay Hiroshima Today) and a couple of his late brother Zeno’s songs. It was just a shame that the set was shortened to cater for a ridiculously early curfew, and there was no time for anything from his “classical phase”. Other highlights a cover of the Shadow’s Apache, and halfway during his acoustic segment a nod to Queen’s Bohemian Rhapsody. As always, an outstanding performance from the entire band, but a criminally small crowd, possibly not helped by the venue’s reputation. Downside, later UK gigs he has been joined by Liz Vandall (Sahara, Uli Jon Roth, Lykara) on vocals for some of the songs, shame to have missed out here.

Small selection of photos below, the first of which is of the support act, Kaleb McKane: a nice little unexpected bonus, will be looking out for their debut album later this year (I think Kaleb said Easter time after the show?) although came away with their self-produced EP. My initial take was David Bowie meets the Black Crowes, keep an eye out for them. 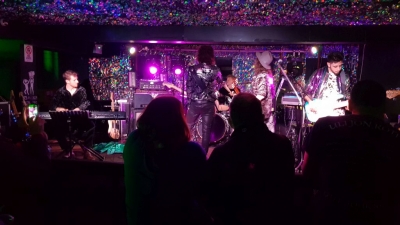 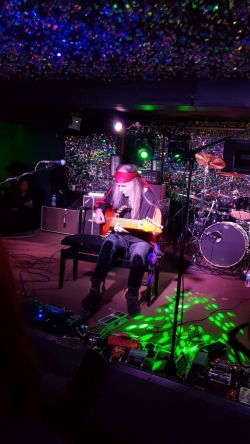 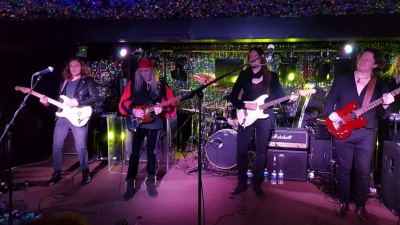 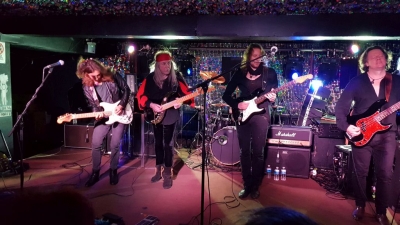