This is the homepage of Dave Wood, a.k.a. Dr. David Wood depending on whether you’re here for fun or professional reasons! I’ve been very bad at keeping websites up to date in the past, so this blog is an attempt to rectify that, and hopefully provide the impetus to get my UFO and Michael Schenker site back on track in some limited fashion. 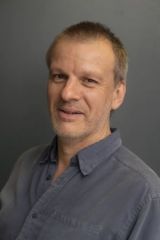 Now the obligatory brief bio in case anyone is interested, or in the event of my untimely death it may make be a useful reference for writing my obituary. A more formal CV can be found here.

I was born in the town of Helensburgh on the Firth of Clyde in Scotland (a little north of Glasgow), although I spent only a short time living there I consider myself Scottish if I have to choose, but otherwise firmly class myself as British. The town was also the birthplace of John Logie Baird, inventor of the television, obviously somewhat previously to my birth day, but I still like to think it gives me more of an excuse than most to slob in front of the TV to relax.

From 6 months until I left home to enter University I grew up in Denham in Buckinghamshire, on the outskirts of the Village. Looking back I was quite fortunate to have been living there although I’m sure I didn’t really appreciate it as much as I should have done whilst there. The centre of the Village is a picturesque old village with Norman church, village green and old tudor oak beamed houses, but it’s also only a couple of miles from Uxbridge and the end of the Metropolitan underground line for easy access to London. It’s also close to Watford, and I have been a supporter of Watford FC since my youth. My education consisted of Cheapside Lane Primary School in the village, then on to Tilehouse Middle School (now Tilehouse Combined), and then finally to Dr. Challoner’s Grammar School in Amersham on passing the 12 plus at which I had many happy years. In my teenage years I was also an active Scout with 2nd Denham (achieving my Chief Scout Award before they watered it down), although that began to wane once I started running seriously, learnt the piano to Grade 5 (was almost ready to take Grade 6 but other things took over) and had a Saturday job at A. Boville Wright, a family run art supply shop (now called Bovilles).. think Hobbycraft but more friendly, and smaller!

After working my way through O’levels and A’levels (maths, further maths, physics and 16th Century European history) I went on to study an Applied Mathematics degree at the University of Warwick in 1988, during the summers of which I worked behind the bar at the Three Tuns in Uxbridge. Apart from two years as a post-doc at OCIAM, part of the Mathematical Institute University of Oxford, I have been in continuous residence at Warwick Uni; finishing the degree, an MSc., PhD and then post-docs and other posts. Since arriving there I have lived mostly in the Coventry area, for the past 20 odd years in Radford.

I am currently employed as the Director of Undergraduate Studies in the Mathematics Insitute at Warwick University, and as a Reader. This rather grand title means I have little time for research and am responsible for the well being of approximately 950 undergraduates. I do however get plenty of time for one of my passions of lecturing. There’s nothing quite like making a fool of yourself in front of 500 people three times a week! I was also actively involved in the University’s gifted and talented programme (with NAGTY from 2002 to 2007 and then with IGGY until its demise in 2017). I was a trustee governor for Barr’s Hill School in Coventry for a number of years (through the school having trust status in partnership with the University) and now in addition to still being a governor I am also a Member of the Future’s Trust, a multi academy encompassing both Barr’s Hill and President Kennedy schools amongst others.

My parents retired to a little village in the Middle Of Nowhere, otherwise known as Norfolk, where my mum still lives after losing my dad May 2018. I have an older brother who is now settled with his family in the US (Minnesota). I also have two wonderful daughters who currently attend Alcester Grammar School, and a couple of rather stupid dogs.

I used to be a keen runner before wearing away the cartilage in my knee, with a stash of silver medals from various county championships over 800m on the track.. mostly Bucks, but my favourite is a senior Warwickshire silver (more through fluke than talent it has to be said). I spent the winters racing cross-country and represented club, University and county, highlights being a 4th place finish in a lower division of the Birmingham Cross Country League, and winning the 4th team race for Oxford in the Varsity races (although I have to admit the top two Cambridge finishers did go off course at one point, but then that’s their fault). I was an active member of Hillingdon AC for many years, and whilst studying trained with a group at Coventry Godiva Harriers. I have obviously also been a member of OUCCC and am a long time member of the Warwick Uni Athletics and Cross Country Club (including being an ex-president).

For the record some of my PBs are:

My one regret? Never breaking that 2 minute barrier for 800m.

My main musical vice is UFO, historically the Michael Schenker era, but certainly not exclusively. I was one of the first to set up an unofficial  web presence for the band in 1995, and kept it going successfully until working and family life took over, but by then there were enough other sites including official and Tristan’s excellent site, so the pressure was no longer on. I keep meaning to resurrect it in a small way.. perhaps one day I will. Through the site I have been privileged to be able to meet many talented guys over the years both from UFO and MSG circles and outside, all of the guitarists of whom reinforced the pointlessness of me trying to pick up a guitar (includes Michael Schenker, Uli Jon Roth, Vinnie Moore, Jeff Kollman, John Norum, Joe Satriani, a very brief backstage handshake with Brian May and squashed up next to Dave Murray in a crowded backstage area at a UFO gig at the Astoria). All rather surreal looking back!

I used to be a reasonably competent competitor on the Quake II multiplayer circuit back in the late 90s which morphed into Counter Strike and Counter Strike:Source, but more recently I have taken an interest in Second Life and run a flourishing virtual building and scripting business in world which pays a large proportion of the costs. I have also established an island for the Maths Department which can be found at this SLURL. 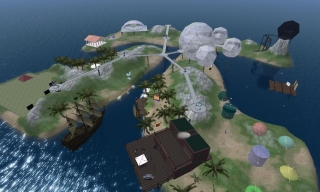