Midsummer Night, 21st June, in a small village in Powys, Wales a select audience was treated to a wonderful evening of music from the “Master of the Sky Guitar”, the one and only Uli Jon Roth. The venue, the church of St Silin in Llansilin, although a small building dating back to 13th century, is still a prominent landmark looming over the only remaining pub in the village and proved to be an intimate and impressive venue for this evening’s concert. This is from someone who was also fortunate to be present at one of Uli’s gigs in a small circus tent in 2001, also in Wales but further south in Ystalyfera, I thought then that he wouldn’t be able to better that for a spectacle, I was most wrong.

Anticipation was certainly mounting as the church filled up, although a small venue its location could have been prohibitive to many who wanted to attend, but by half seven the place was full. Clearly an eclectic mix compared to the usual UJR gig, a smattering of tour t-shirts, some long hair amongst the men, but also a great many locals, who I hoped knew what they were letting themselves in for. On a brief orientation visit earlier I had also met the elderly lady whose job it was to carry around a flashlight (that looked like it had been through at least one world war) in case there was a powercut. This was certainly not going to be your usual event, and when the master of ceremonies, Jeffrey the Church Warden, was introducing Uli I must admit to worrying that I’d inadvertently wandered into an episode of the Vicar Of Dibley  (I hasten to add, in an entirely good way).

The concert started off with a selection of familiar titles, starting with Ronda Alla Turca, through Queen Of The Night (aria from the Magic Flute) and Air On The G String (introduced as one of the most beautiful pieces ever written). These opening tracks were sufficient to allay any fears that this was a rushed unrehearsed event for a local church fete, but had as much care and attention put into it as any other gig.  Much of the concert had a backing orchestral track (for the Vivaldi section from the 2003 London concert footage), which felt quite a natural accompaniment, and the acoustics of the church coped remarkably well. No, scrub that, the acoustics were perfect.

The surroundings were also sublime, Uli was set up between the choir stalls in the apse, beneath a large and ornate chandelier with its candles lit, and two large candles on stands acting as a gateway. This all nestled amongst backdrop of ornate beamed ceiling and stained glass windows. The setting had its disadvantages however, and although there were no mishaps, there were more than a few times that I thought the feathers on the end of the wonderful Sky Guitar were going to burst into flames as they came perilously close to the candles, and on a couple of occasions the guitar’s head-stock came very near to an inglorious end jammed into an ornate 200 year old artefact. As the event went on, and the midsummer sun gradually set, the atmosphere became more and more serene.

Following these opening songs there was then an enthralling acoustic section, with a change to an 8 string electric classical guitar and starting with an improvisation which Uli called “Journey to Llansilin” followed by Passage To India which has been a staple in recent concerts (with the wonderful little ode to Bohemian Rhapsody in the middle).

Then back to the first Sky Guitar, a little bit of auto-tuning fiddling, background to how Uli came about first performing the Four Seasons, and then the main event of the evening. From now on this was Uli at his best, a flawless rendition of all four seasons and then seamlessly into his Metamorphosis. My concern on coming to this little event was that surely it’s been years since he had been playing this music to a high level, and being in the middle of a worldwide tour covering first his Scorpions back catalogue and, more recently, Electric Sun material, how would he have found the time to rehearse? He was also playing without sheet music of any sort, how on earth do you do that with such an intricate piece of music? Of course, knowing what a perfectionist he is, I should not have worried, the next 50 minutes was, quite simply, astounding.

How do you top that? You bring out the incomparable Liz Vandall to provide vocals to Uli’s version of Bridge To Heaven. Mesmerising, awesome, a fitting end to an amazing evening. Liz has an amazing voice, and it’s a real travesty that we don’t hear more of it. Cue a well deserved standing ovation for both, and a concert that has also raised a huge amount of money for the upkeep of this amazing little church and community. Job done.

Epilogue: this was not the end, Uli stayed behind for a signing session and then a large number of us decamped to the local pub where festivities continued until the last stragglers turned in at 3am (incidentally this was also where I was staying the night, the Wynnstay Inn, built 1784, basic but comfortable, very friendly hosts and an awesome Sunday roast).

I also used the opportunity to take in the local sights over the next day or so, relax, and make new friends. It really is a beautiful part of the country, astounding landscapes around every corner, great roads for driving, and the Llansilin locals made me feel very welcome for my time there. Thank you all, until the next time!

A Tour of Llansilin Church

Just to finish, some photos I took of the church the next day, it really is a beautiful building and such a perfect venue for the previous evenings event. 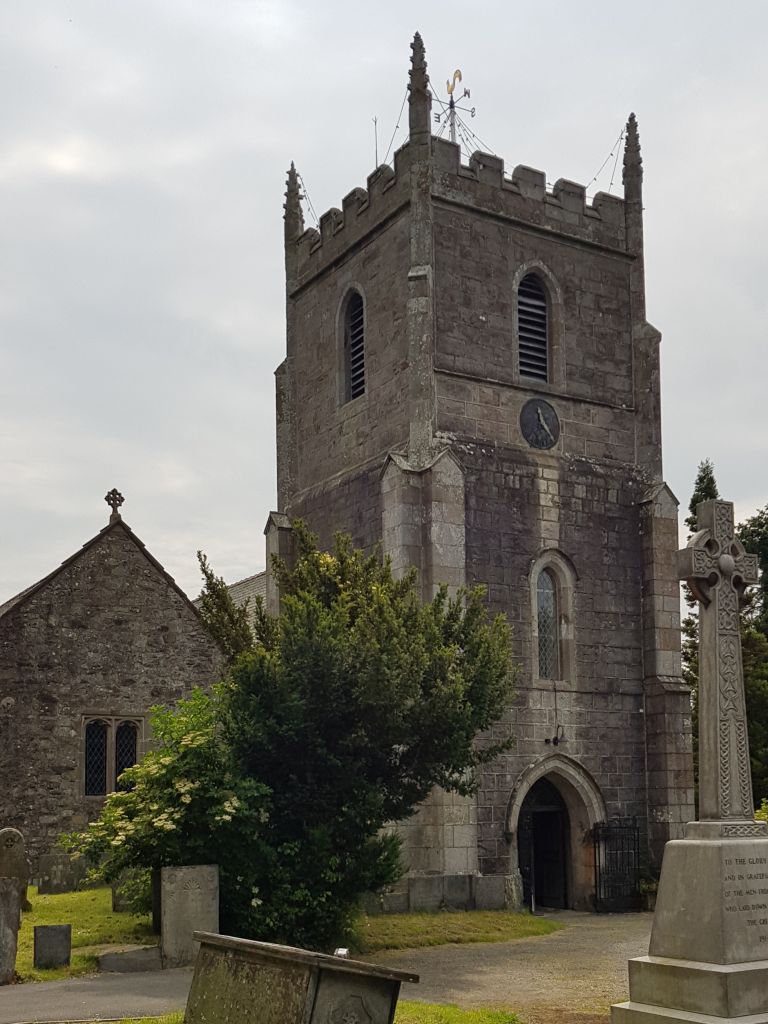