After three weeks of having my new Toyota GT86, I wanted to jot down a few initial thoughts about ownership. This is mainly due to the fact that most reviews I’ve read have been written by journalists who are obviously used to driving a great many different cars, and keep littering their texts with comparisons to the Audi TT and Porsche Cayman amongst others: I was upgrading from a Verso (2 litre diesel), I didn’t want a Porsche. I didn’t want the fastest car under 30K. I wanted a bit of fun! But there were practical issues (kids, dogs, shopping) that I was concerned about (Jeremy Clarkson never mentioned any of those), as well as the differences in control and handling than I had been used to, hopefully someone out there will find this useful!

That said, the one word that does sum this car up is most definitely “fun”! It took me a few days to stop throwing it around like I did my Verso and show it a bit more respect, but once settled into the different feel it stuck to the ground brilliantly around bends and roundabouts (when required). Following advice in manual I’m giving it 1000 miles before really letting rip, but that’s probably for the best! I was pleasantly surprised by the insurance which was only a little more than I was paying previously for the Verso, and so far it has been kind on my less than perfect knees: getting in and out can be a struggle, but fortunately having a bad left knee seems to make this manageable since most strain is on the other, and the driving position combined with clutch has not bothered me in the slightest yet.

It’s certainly not the most practical of cars for day to day use, but then I wasn’t expecting it to be but, as already indicated, my main concerns before buying were getting my kids in when needed, transporting the dogs and day to day things like shopping, so let’s briefly cover these after a bit of experience:

Kids (or passengers in general)

As nearly every review likes to point out, this car is a 2 plus 2 but the rear seats are universally derided as next to useless other than to decrease insurance premiums (I’m not entirely this is true) or to provide useful storage when the back seat is folded down. Not far off, but not a total lost cause when the passengers are kids. I would not like to sit in the back myself, I tried, and there is very little knee room and trying to stick feet under the seat in front is nigh on impossible. However, with what I find to be a natural driving position (I’m 5′ 8″) there is enough room behind the drivers seat for my 10 year old (who is just tall enough to not require a booster seat) and my youngest 8 year old more comfortably behind the passenger seat. Booster seats fit on the back, but because of the angle it causes the legs to hang over the edge at, behind the passenger seat is the only option. My booster seat at least does not fit very well in the front bucket seats, but it may be possible to buy one that has a narrower bottom. So far I’ve only really had the school run to contend with, and the odd small trips so I’m not sure how well they’d cope with a longer journey but, occasional ones, I would imagine would be OK.

I have two medium sized dogs, one of which likes to dig and the other moults hair at an alarming rate. I never liked them running about free in my Verso, so certainly the thought of letting them sit in the back of this car horrified me, hair, muddy paws, and god knows what else! Fortunately I discovered quite quickly that with the back seat folded down my travel cage fits rather nicely in the back… it’s a quite roomy material one from a major pet store chain that folds flat when not needed with zips all over the place to make openings. So as long as I don’t want to take the dogs and more than one passenger anywhere that’s another box ticked off.

The boot is not huge (243 litres) and the weekly shop needs to be packed a bit more carefully than I was used to (hardly a surprise), but there’s enough room for a sports bag to be permanently in there too in case I ever get around to going to the gym! If more space is needed (and no more than one passenger) the rear seat folded down does give a lot more space, so I’m cautiously optimistic that it won’t be a problem.

But then again, I didn’t buy this car to be practical! 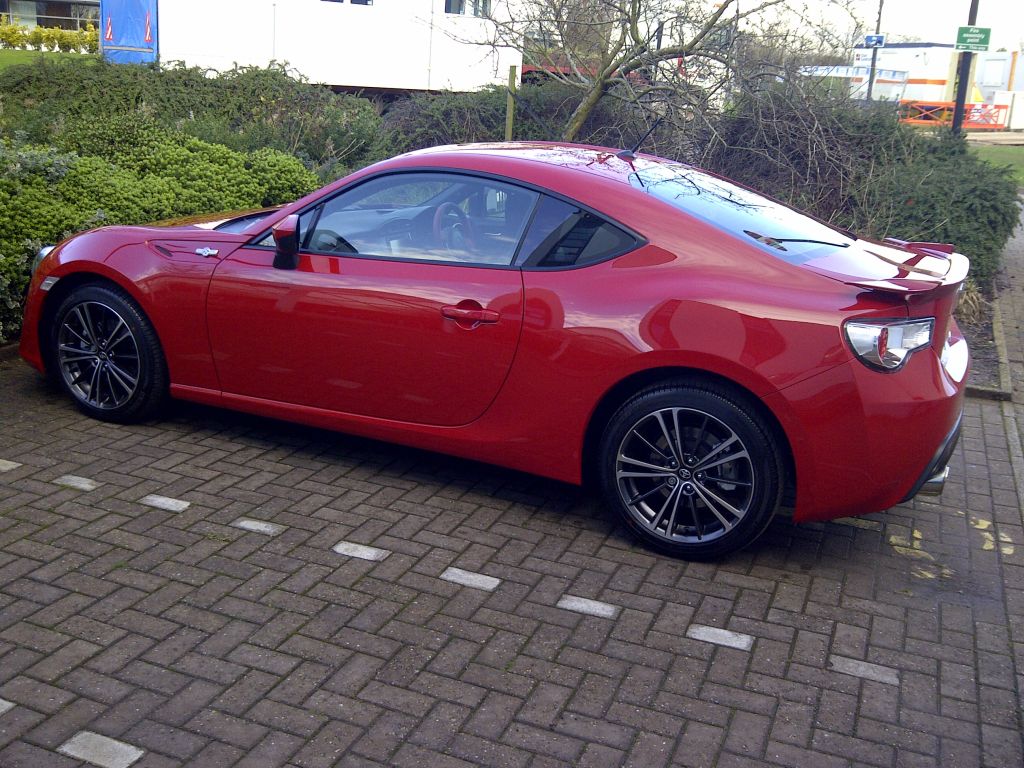 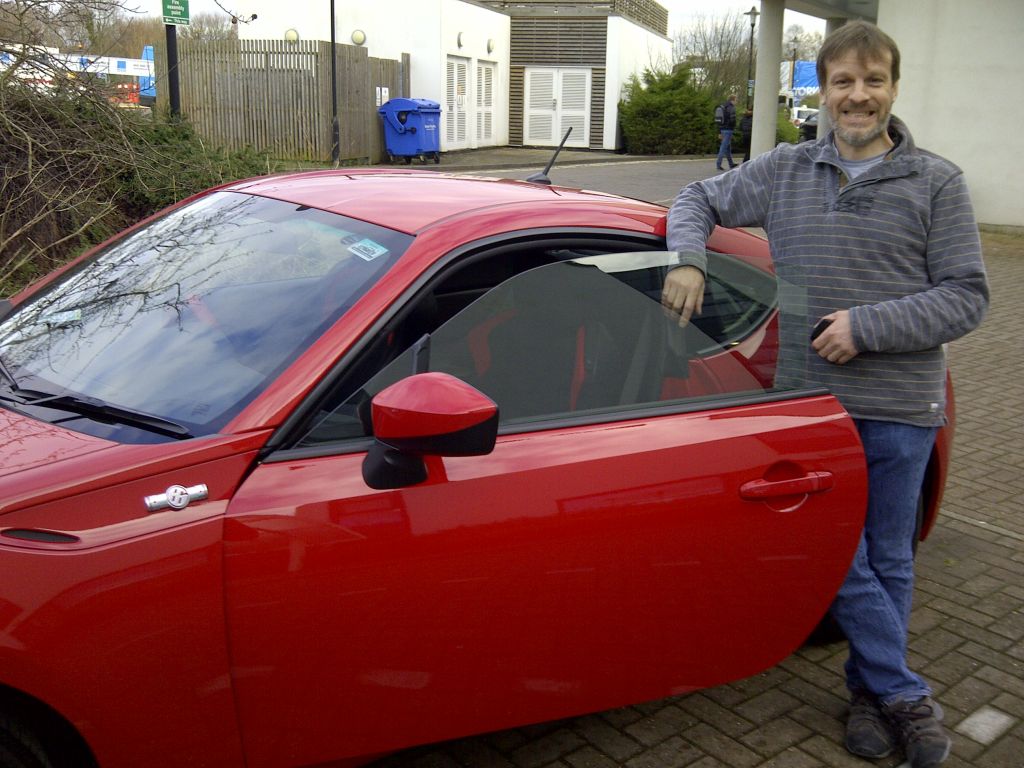 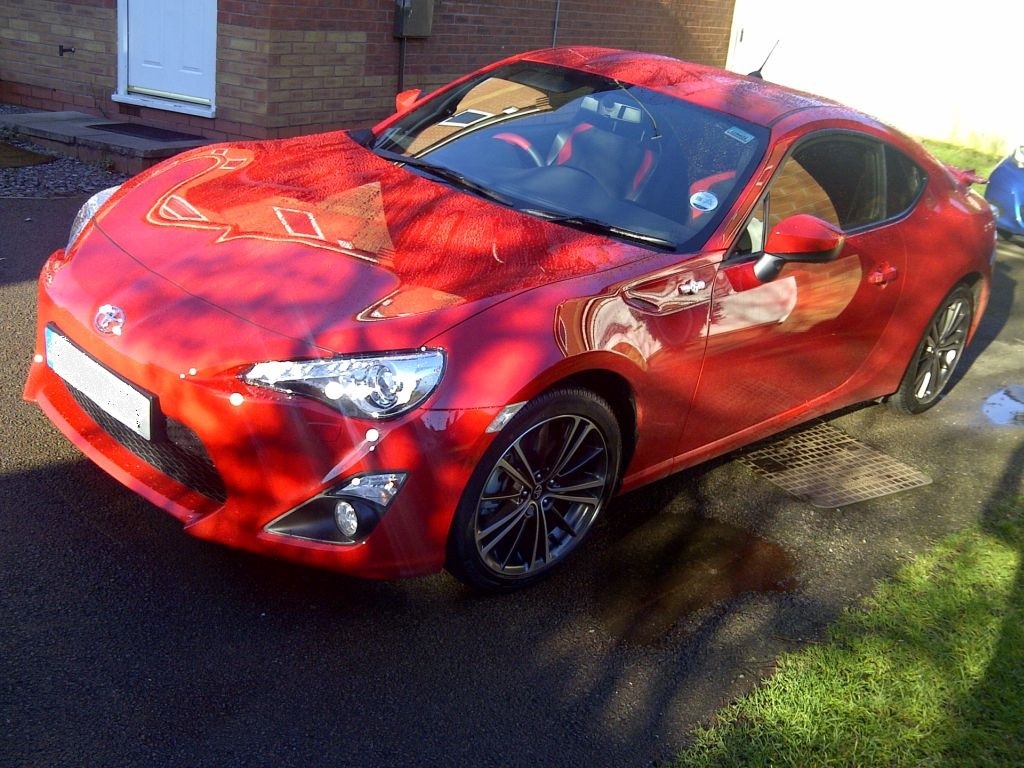 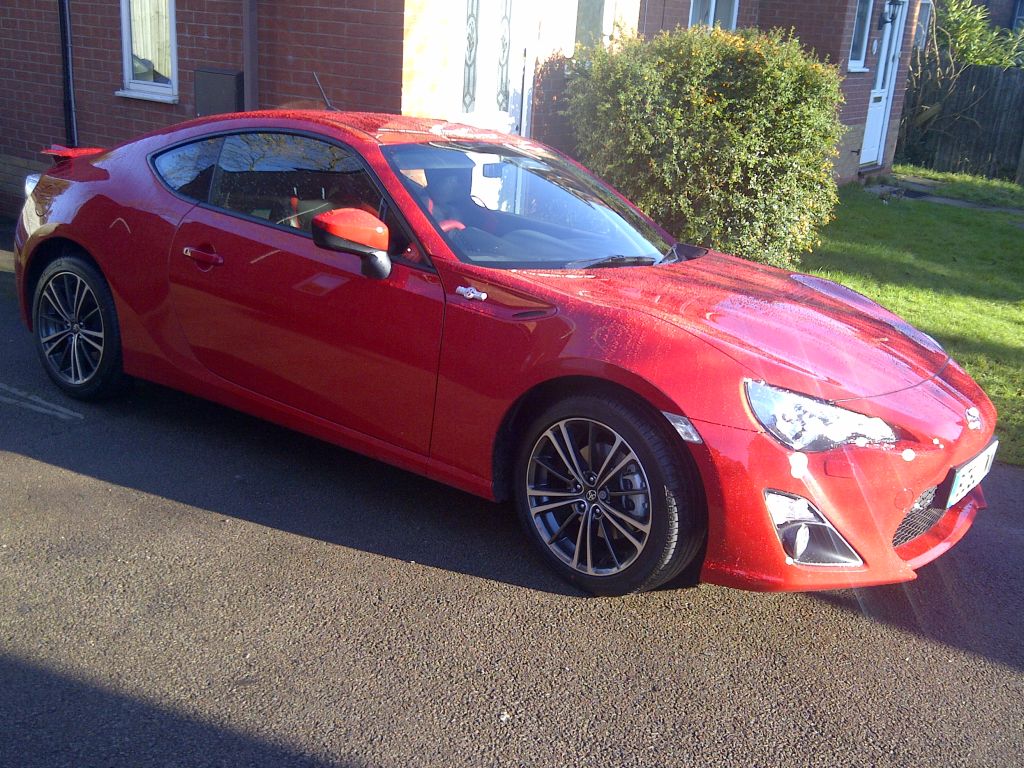 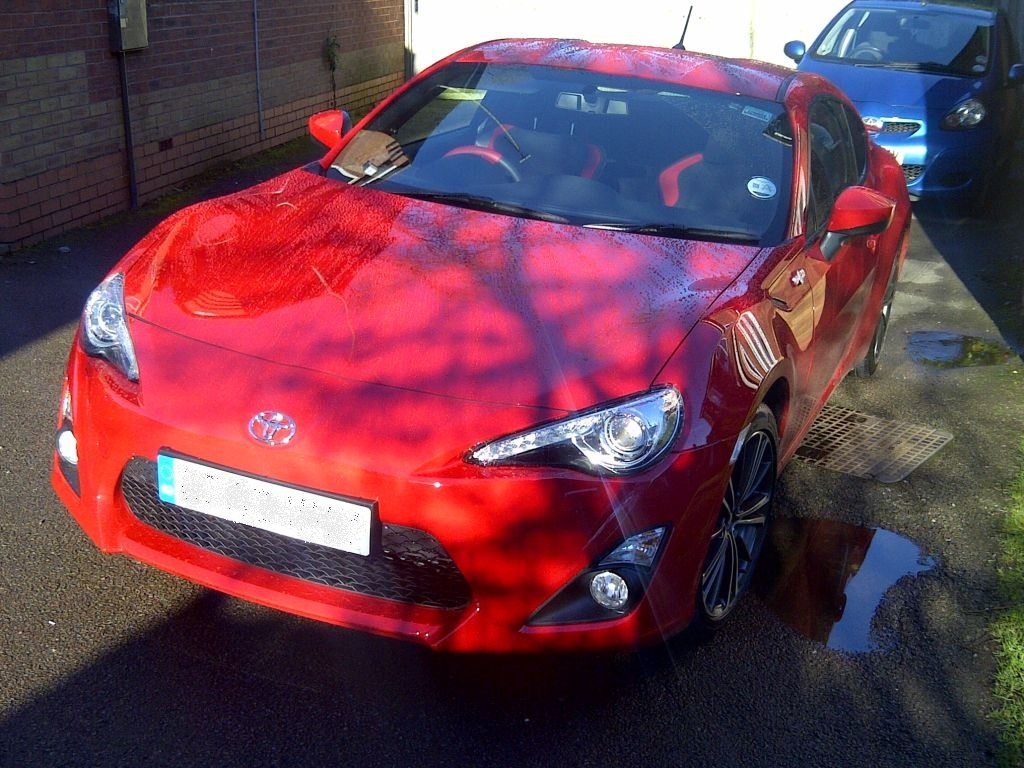 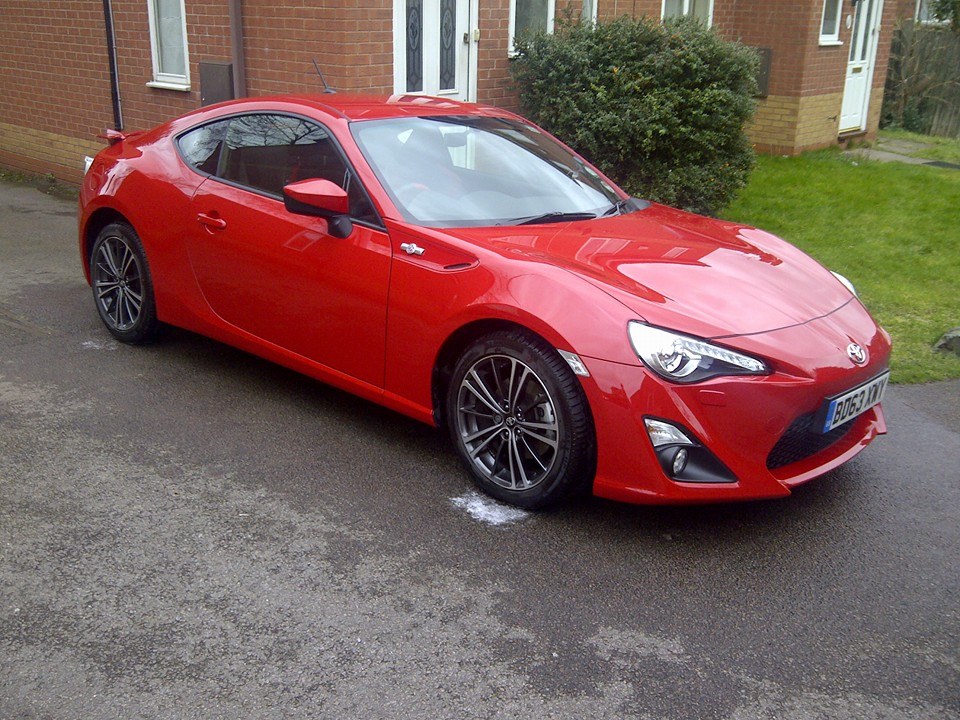 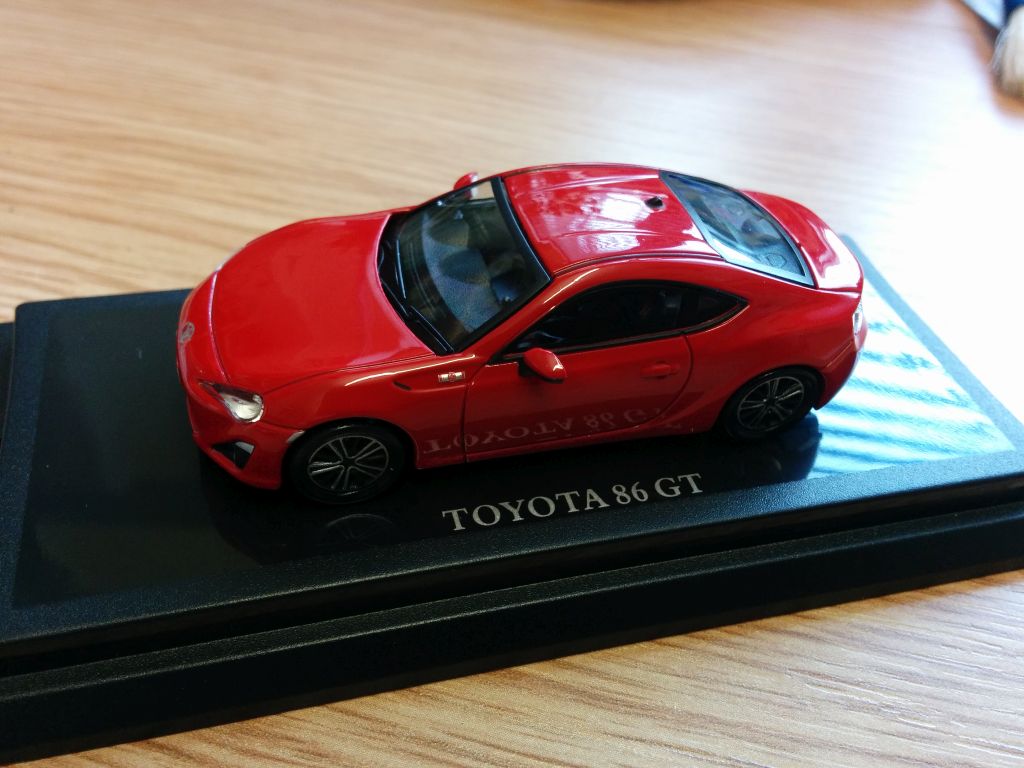 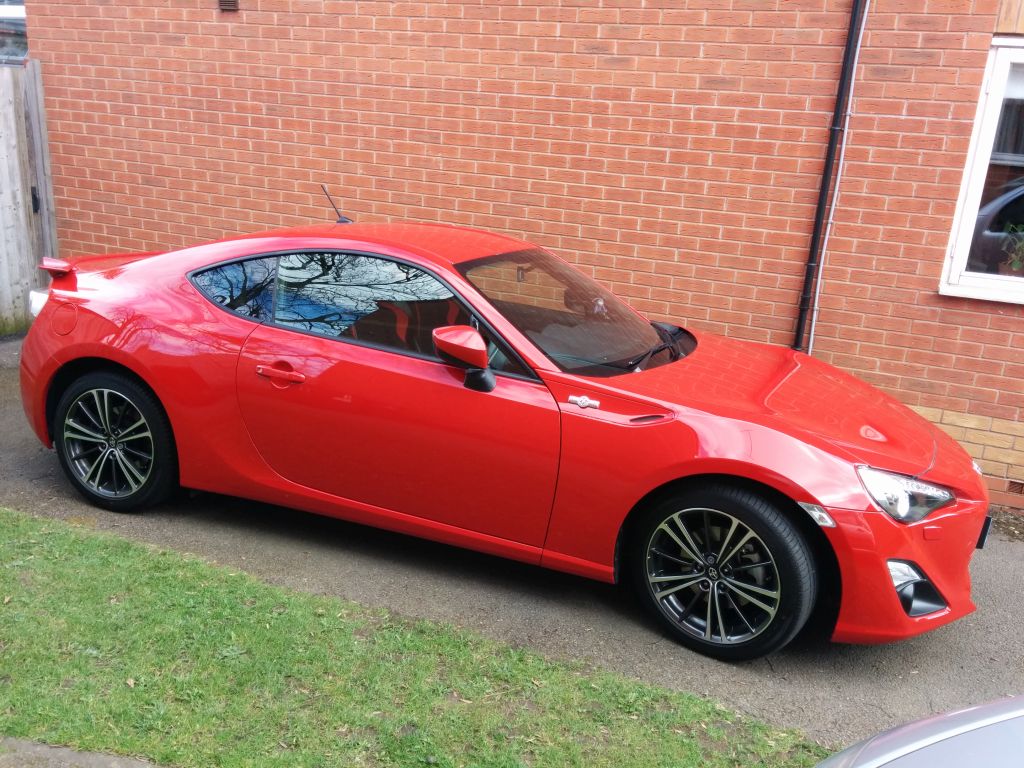 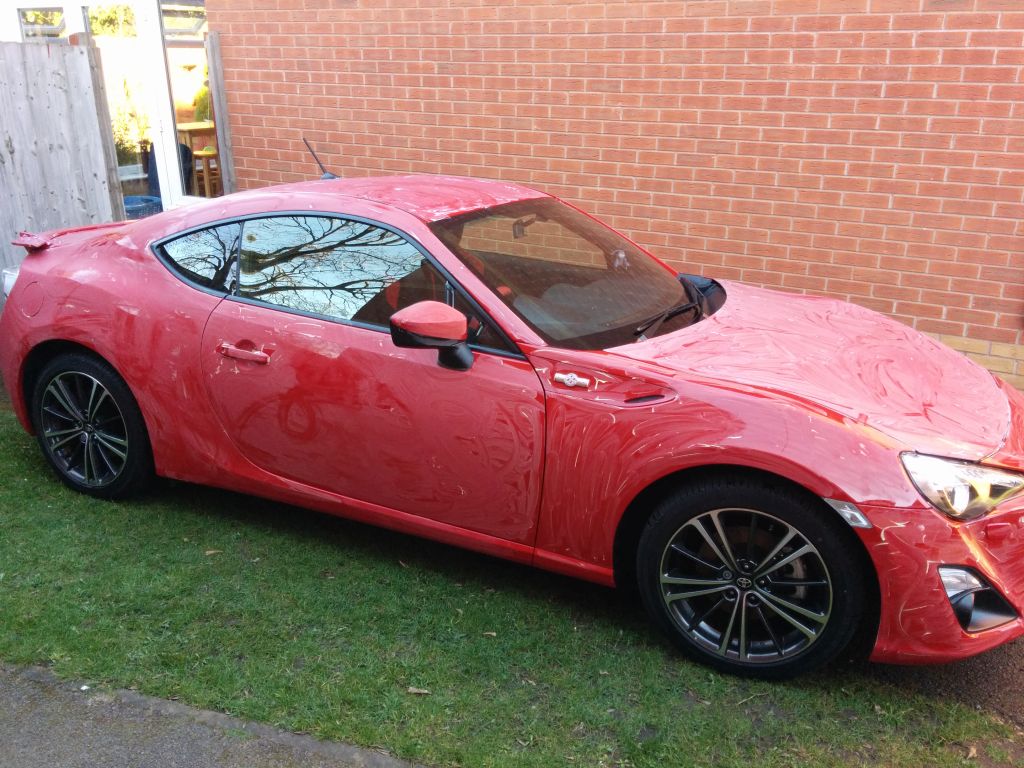 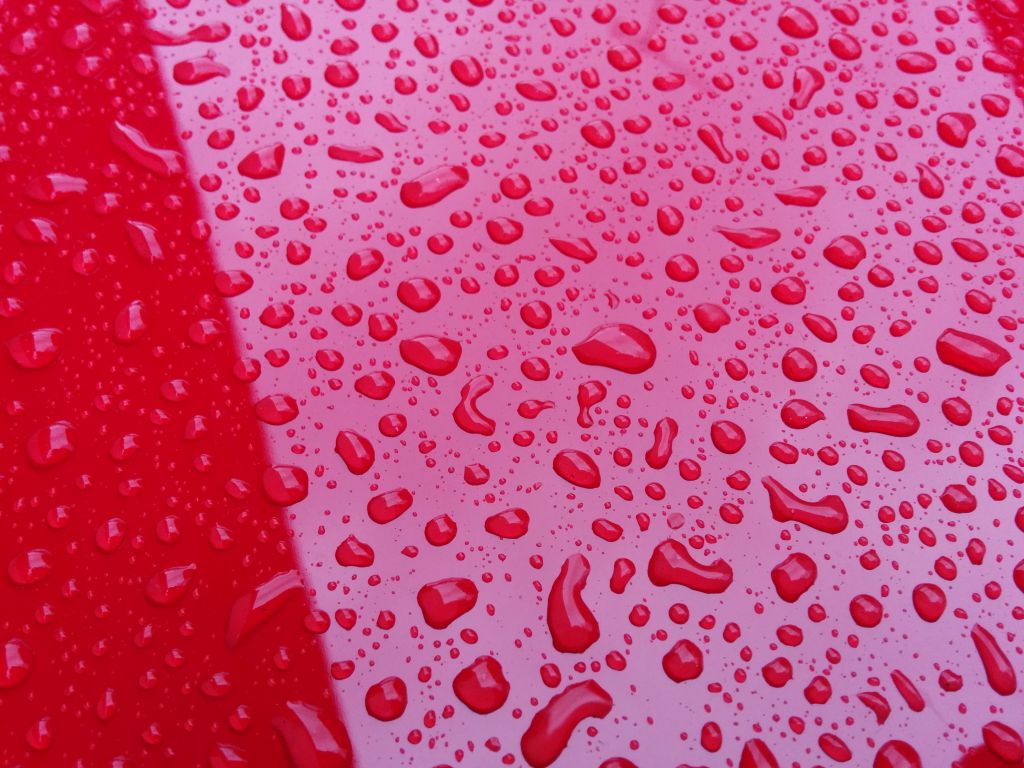 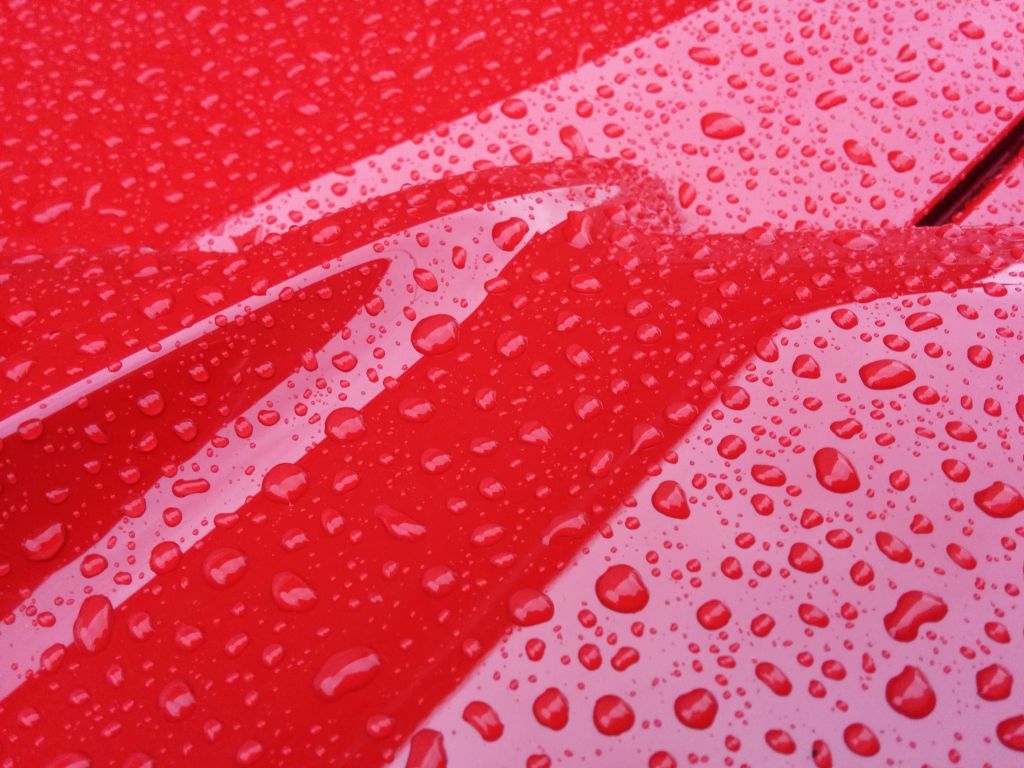 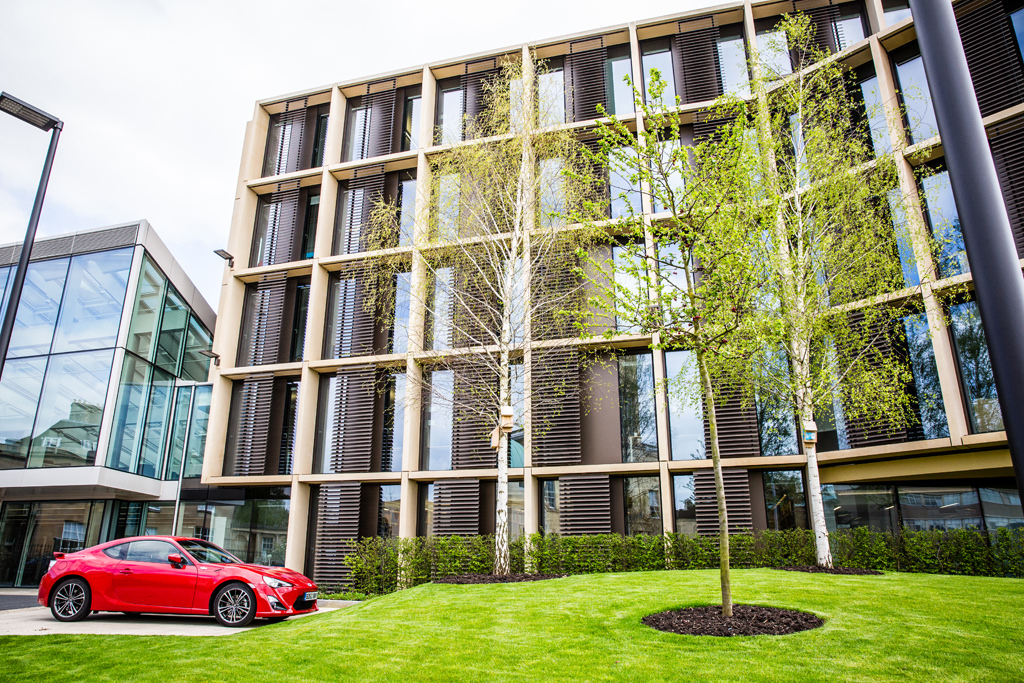 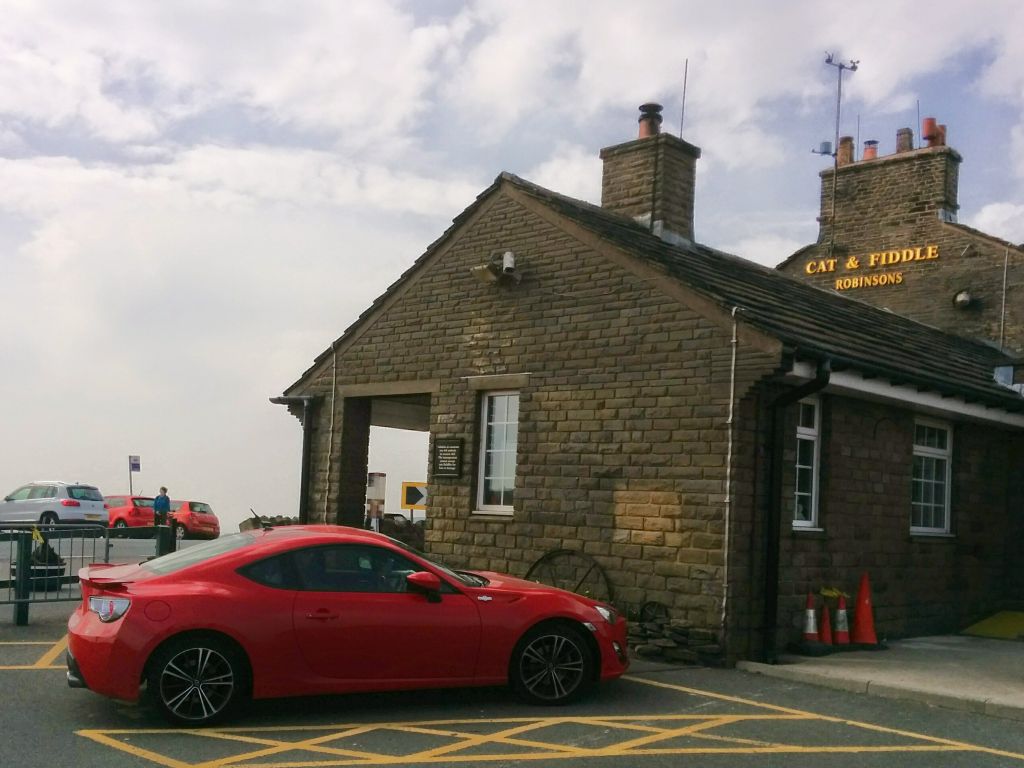 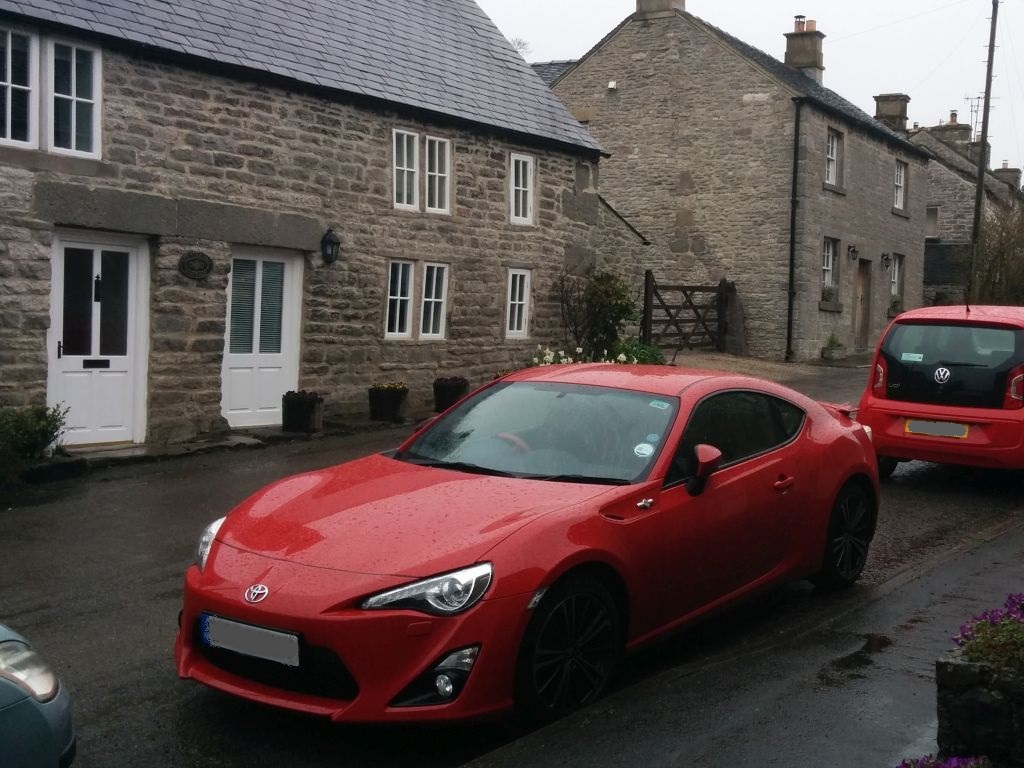 Finally, for a bit of fun, performance figures for this car and my very first car back in 1987, an Austin Mini 850, as a totally useless comparison:

Elsewhere on the web:

1st May 2015: What Nobody Understands About The Subaru BRZ http://jalopnik.com/what-nobody-understands-about-the-subaru-brz-1698728189 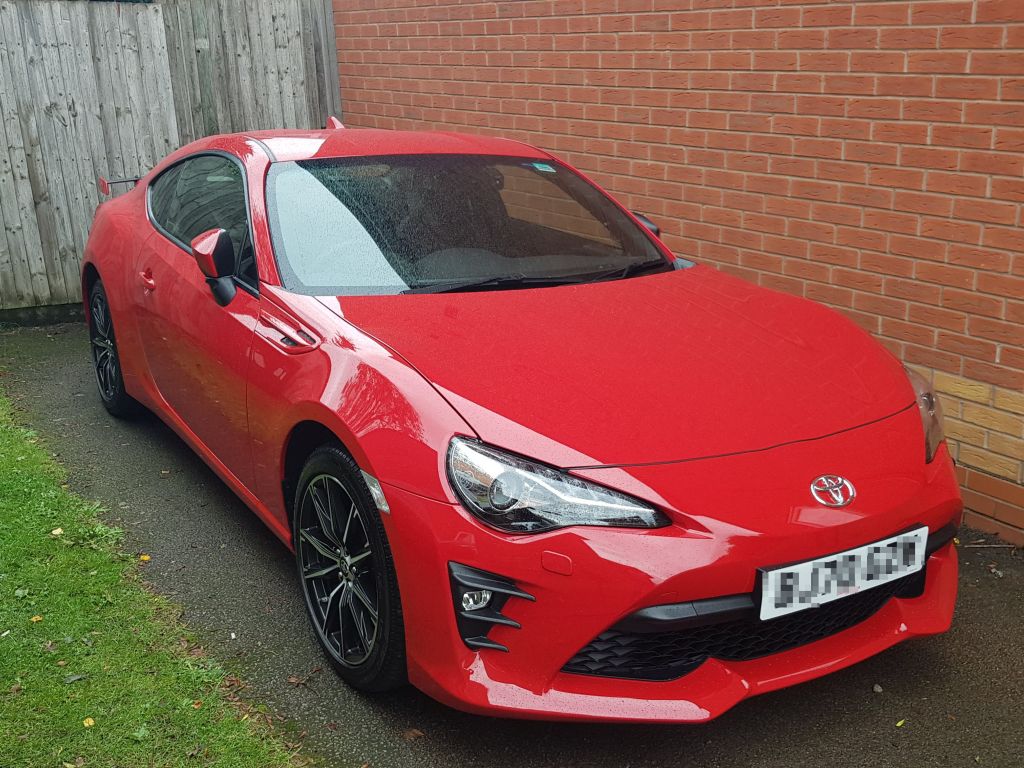