Last August it was with some trepidation that I set off for my second year on the ground with Warwick in Africa, destination rural Limpopo, South Africa. Although having been involved with the scheme for many years through my position at the University, last year was the first time I’d been actively involved as part of the Masterclass Team in Stellenbosch. That was also the first year that this had been tried in South Africa after a successful attempt in Ghana the previous year (which unfortunately, badly timed knee surgery prevented me from going to), and it’s fair to say there were some issues: not least the problem that August is still during the school year so releasing teachers from their classes to take part in masterclasses was problematic. Thus a revised plan was put in place for our return to the country, a team of six “experienced teachers” would cover three schools over the two weeks we were there, with a team of two (maths and English) carrying out masterclasses for the teachers while the rest helped (along with the student teachers already in place) cover their classes.

This was the root cause of my trepidation, although I have over 20 years experience of teaching, this has in the main been in higher education or with highly motivated gifted and talented (that should probably be an and/or?), so being in front of a class of up to 120 kids covering a wide spectrum of ability and motivation, in a challenging environment, delivering subject knowledge I have never had to actually teach before, was taking me out of my comfort zone. Give me a lecture theatre of 400 students and degree level mathematics any day!

Background: Warwick in Africa is a philanthropic venture run by the University of Warwick that started in 2005 with a small group of mathematics students being sent out to schools in Johannesburg townships to teach for 6 weeks. The scheme has now grown to send more than 80 students out to schools in South Africa, Ghana and Tanzania. The masterclasses were a new addition in 2011, designed to increase the impact of WIA by sending the local teachers into their own classes better prepared.

As it turned out, I didn’t need to worry so much. The students who were out there for the full four weeks (a mixture of current undergraduates, recent graduates, returners and newly qualified teachers) were already settled and doing an amazing job in the schools. Part of my time out there I spent a bit of term sitting in and observing some of their classes and was always a delight to see their enthusiasm and rapport with the kids. The programme has now been running long enough that there is a healthy contingent of returners at each location to provide experience and support for the newer participants.

The Masterclasses I ran at the first school before moving on to covering classes at the others threw up some expected issues given my experiences the previous year in Stellenbosch. Background knowledge of the teachers was the most immediate challenge: in particular probability was recently introduced to the South African curriculum (couple of years ago), but training of teachers on the ground in the topic appears to have been somewhat sparse. The English language skills of the students is a major problem, and no more so than when studying Linear Programming as another part of the curriculum. Turns out that the teachers were also struggling with some of the nuances of the language (phrases such as “no more than”). You know the sort of thing, John has a field of 100 meters square and can grow potatoes and cabbages, the potatoes he can sell for 10 Rand per kilo etc. etc. Some of the example questions in the text books even I had to read several times before I could work out what was going on! Even more bizarre was that in the financial maths section of the text books the “everyday examples” were talking about taking out finance on a brand new BMW 3 series! I’m sure that it is very reassuring for the students that, although they have a very challenging life struggling to make ends meet, at least they know how to buy a BMW. But I digress, on the whole the teachers we dealt with were very capable, and missing confidence more than anything. It was also clear that they appreciated the opportunity to discuss issues such as classroom management and more interactive ways of teaching. When asked what their biggest wish was in the classroom to make things easier the answer from one was the kids not being packed in so tightly that they can’t even walk around the classroom to help the learners (all pupils are “learners”, took a while to get used to last year, but eventually it becomes natural).

Was it a success? The student teachers in the classrooms undoubtedly were, the masterclasses were again fruitful but also a little frustrating. In terms of curriculum material we covered a tiny fraction of the material, essentially the most immediate topics, but that should at least have immediate impact on the learners and boost the confidence of the teachers. Teaching techniques will also hopefully feed in to their teaching, and as a bonus discussing their experiences feed into ours. Within the masterclass team there was a variety of experiences and ideas which made the sessions, and discussions outside of the schools vibrant and fruitful. There was certainly, however, a feeling of unfinished business, and hopefully returning to these schools in 2014 will further enhance the support that Warwick in Africa is out there to provide. 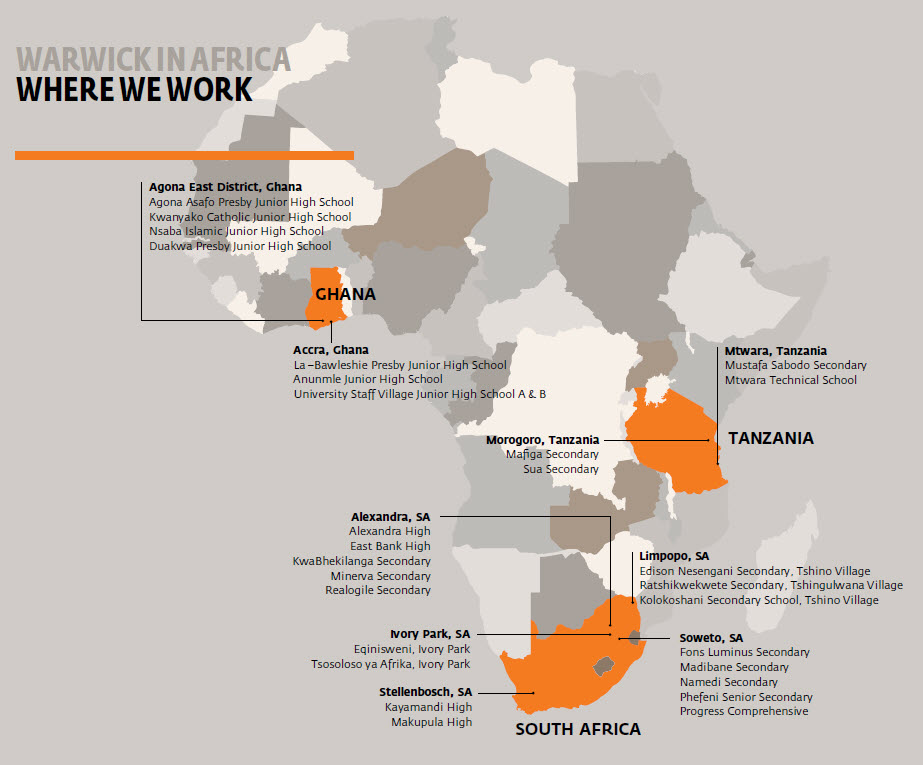 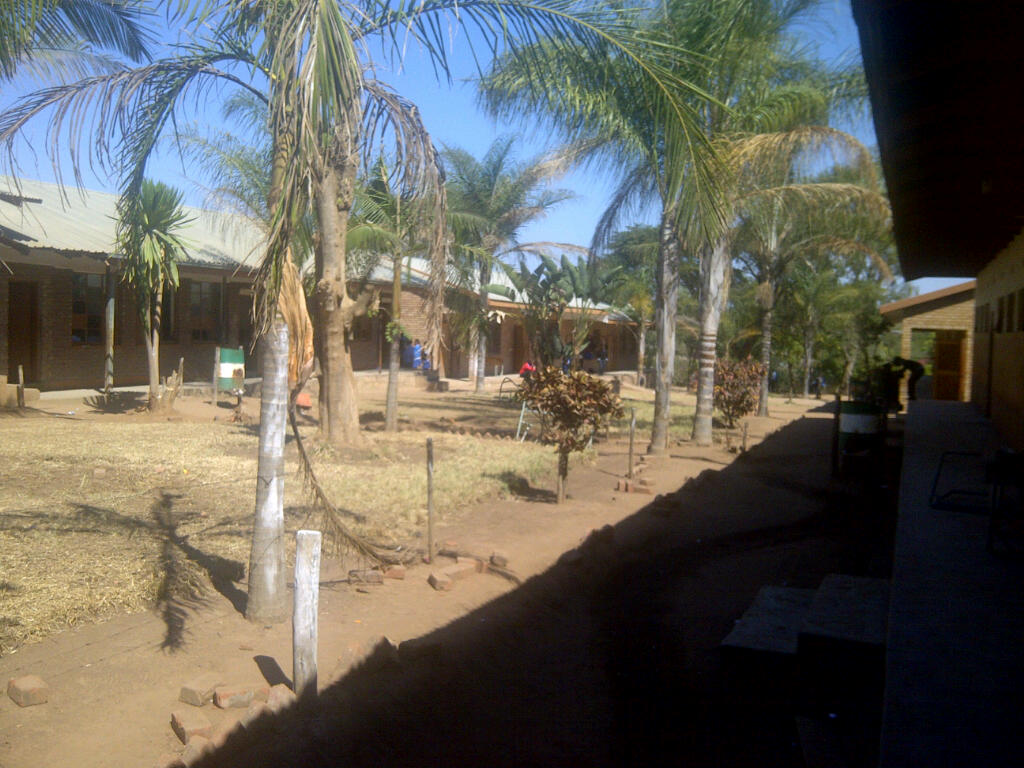 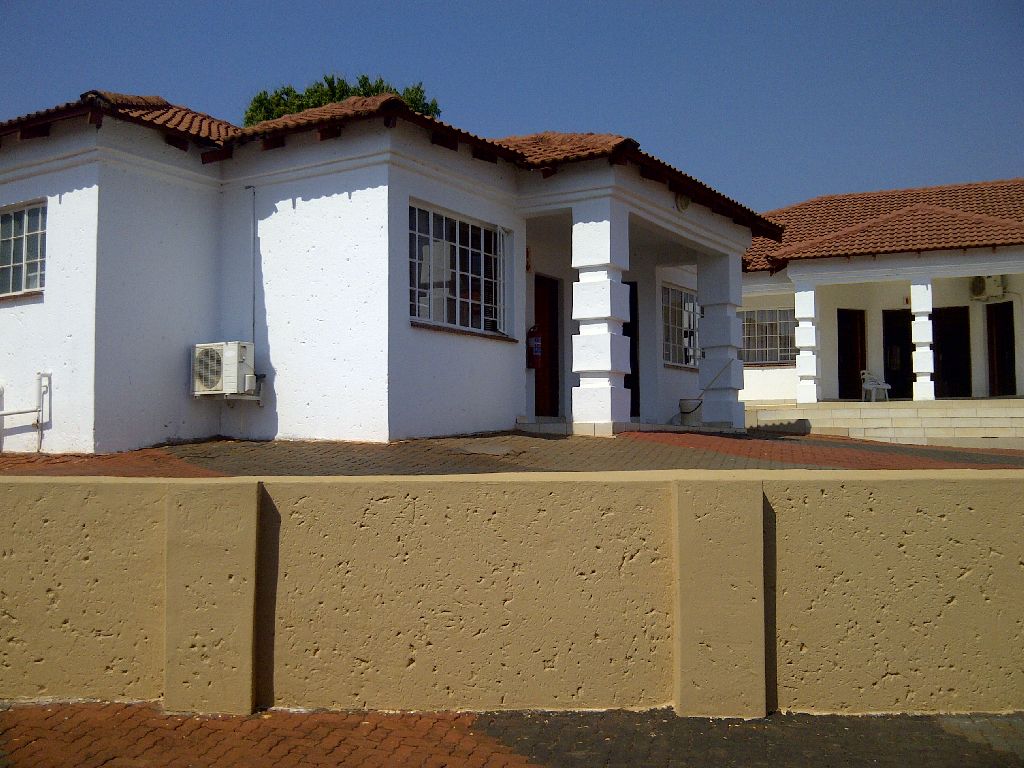 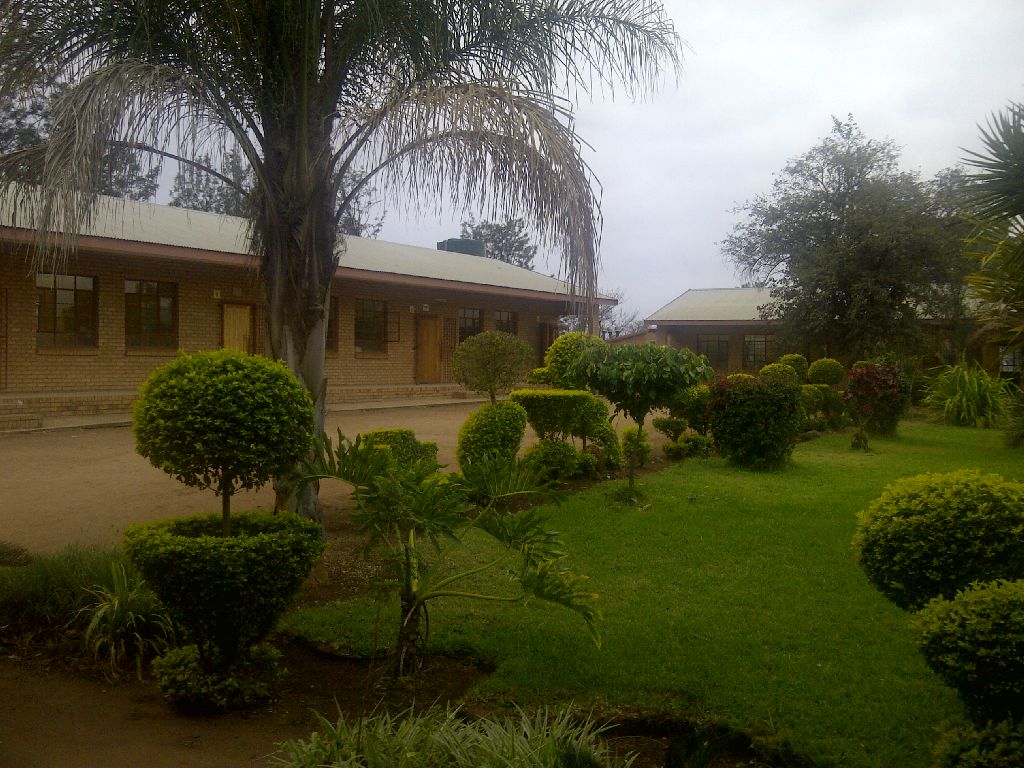 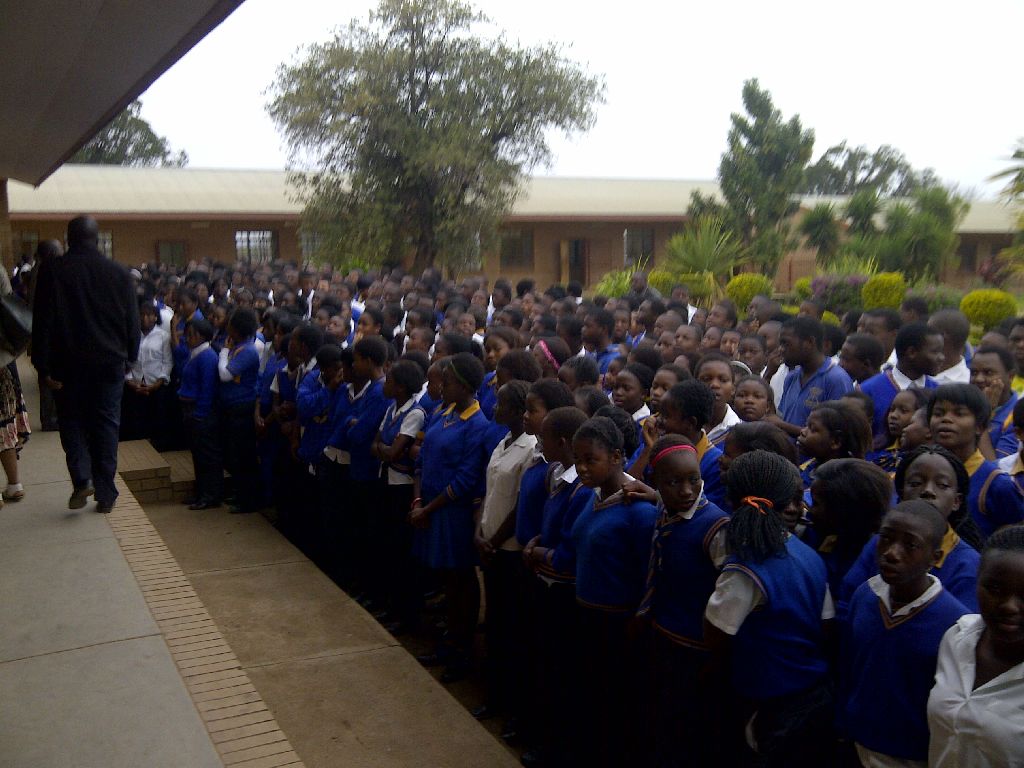 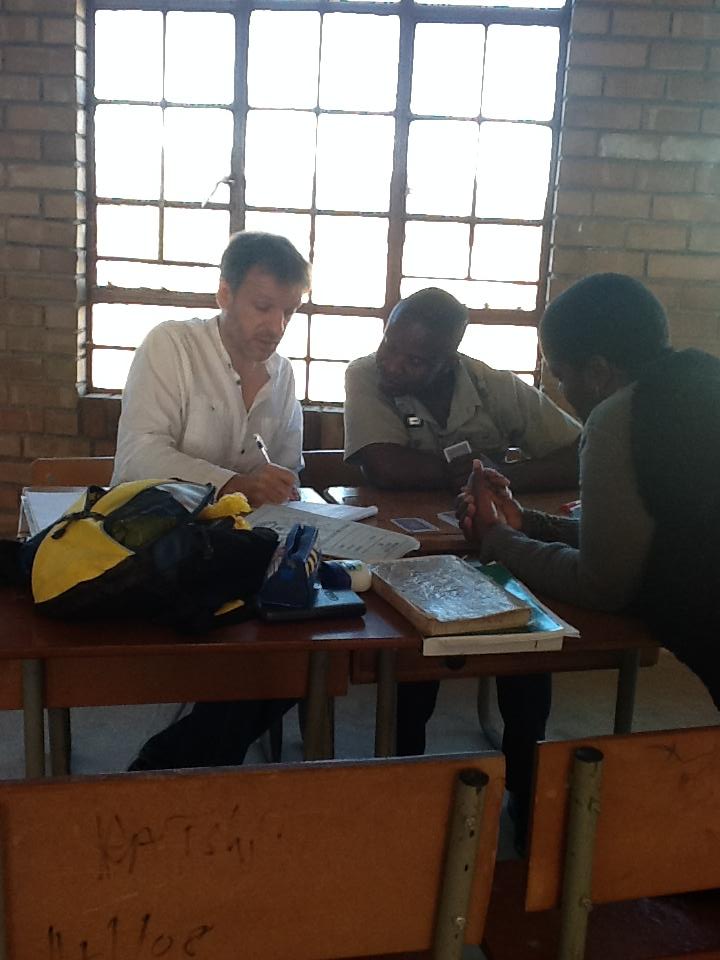 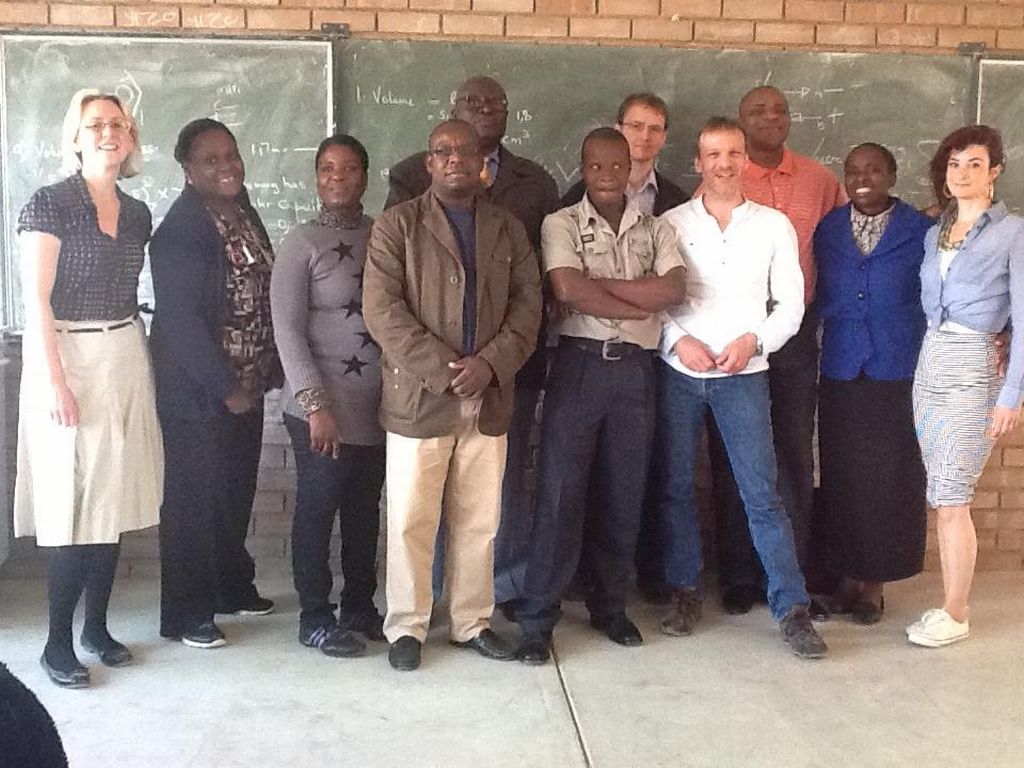 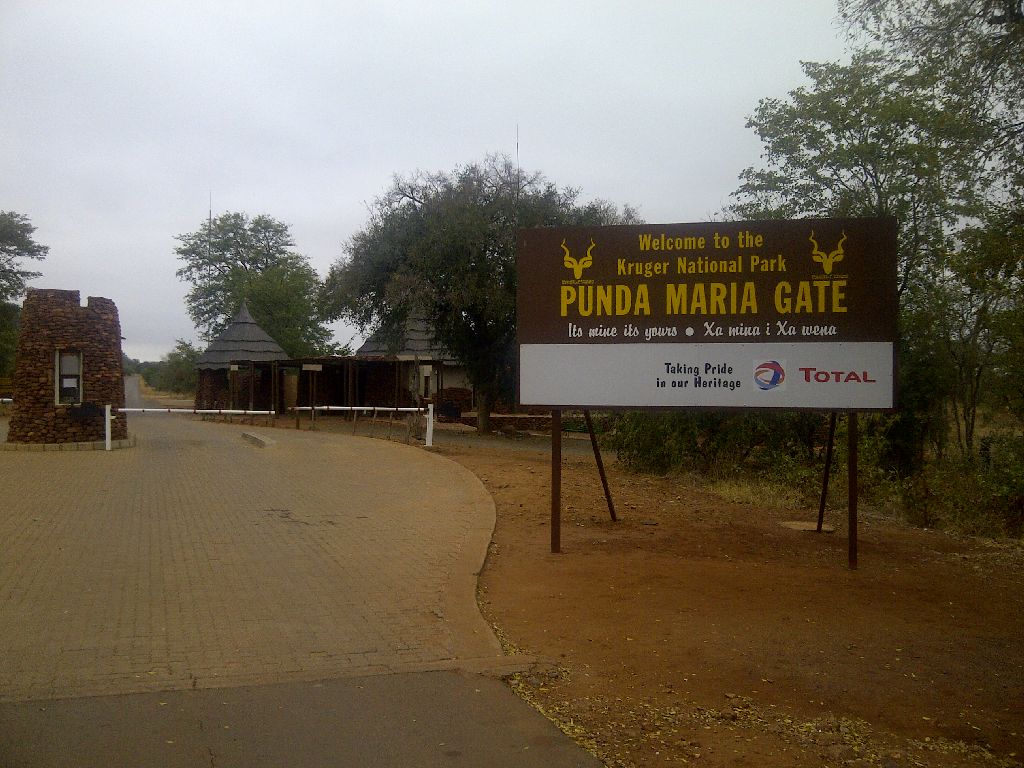 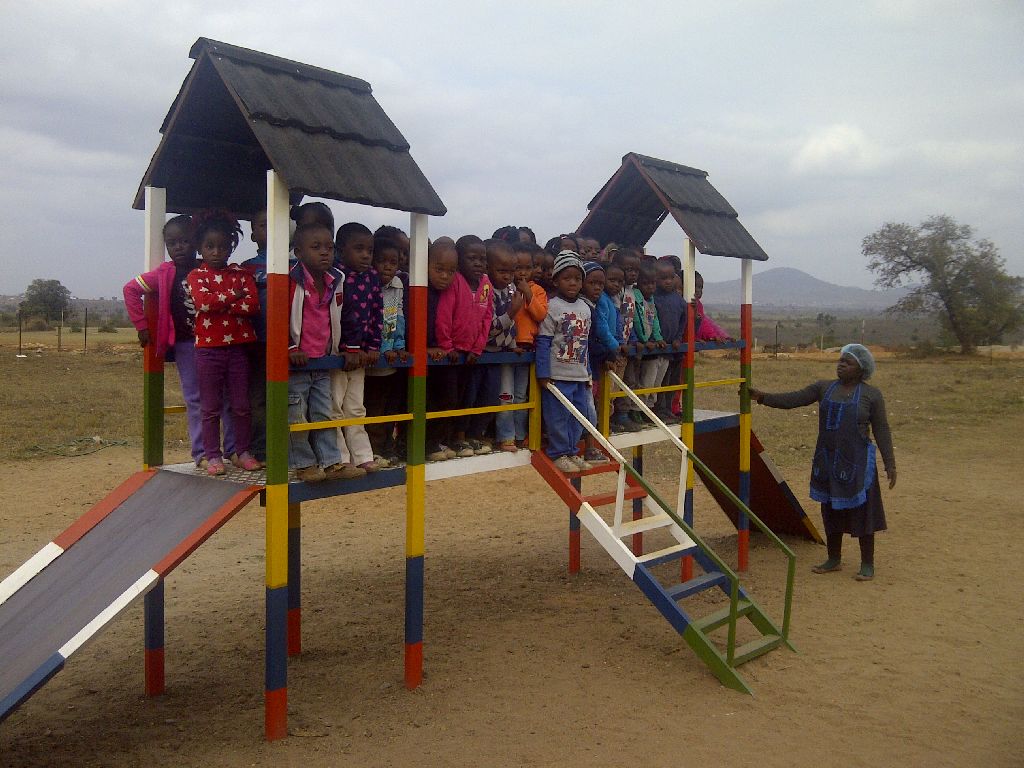 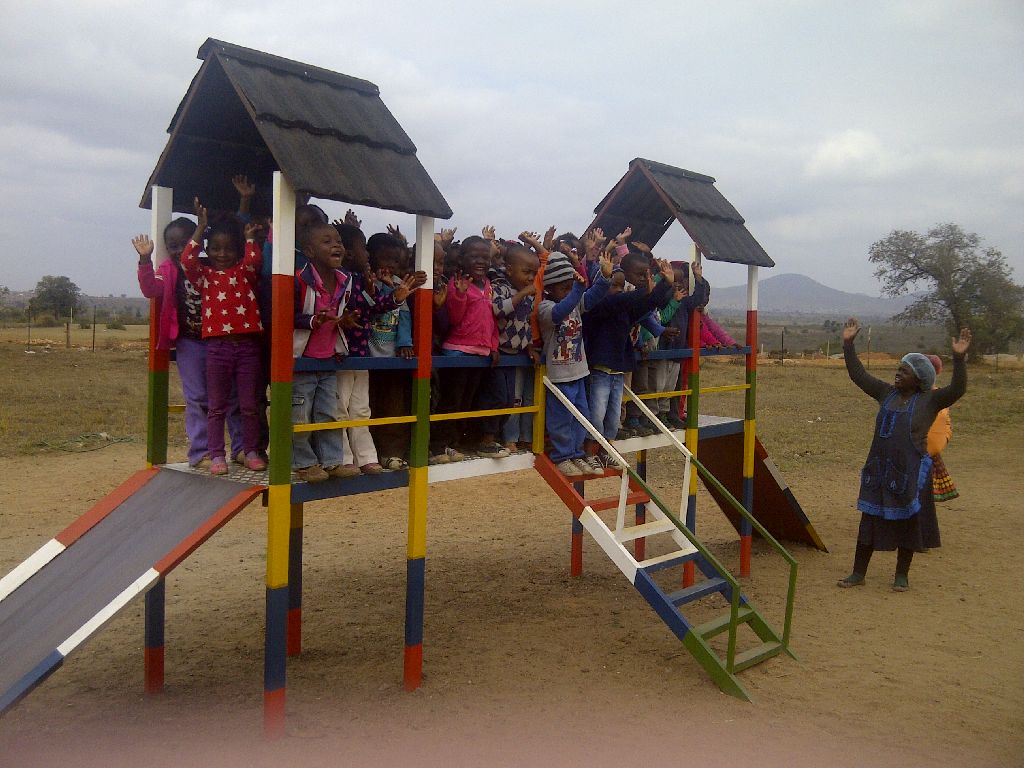 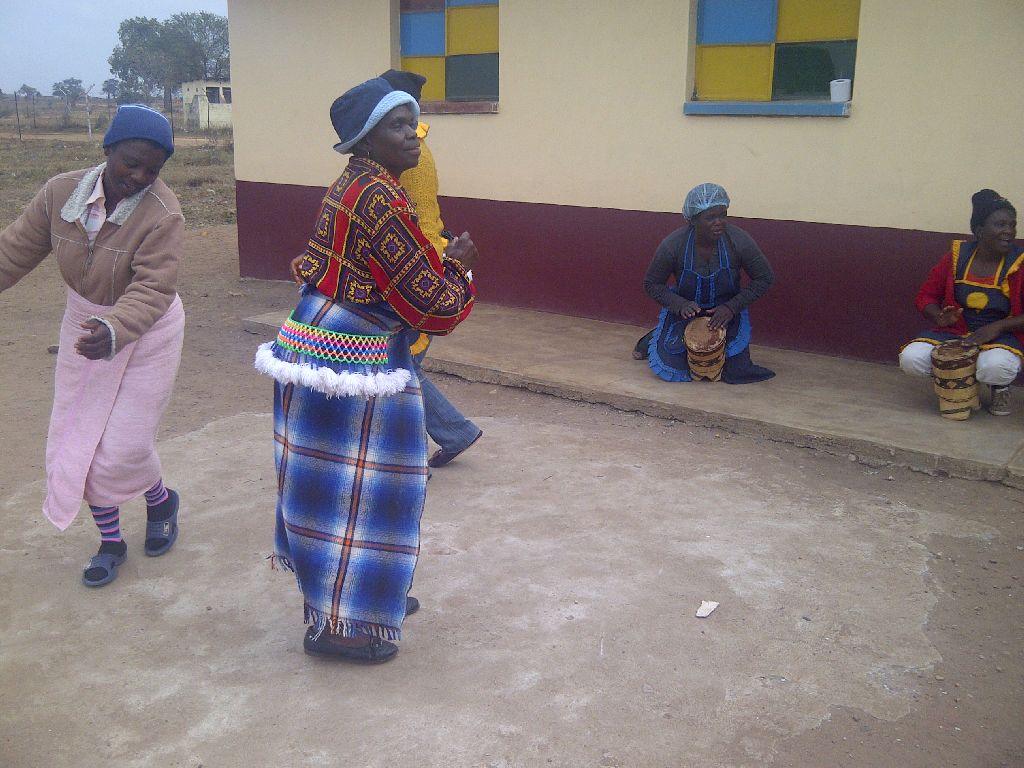 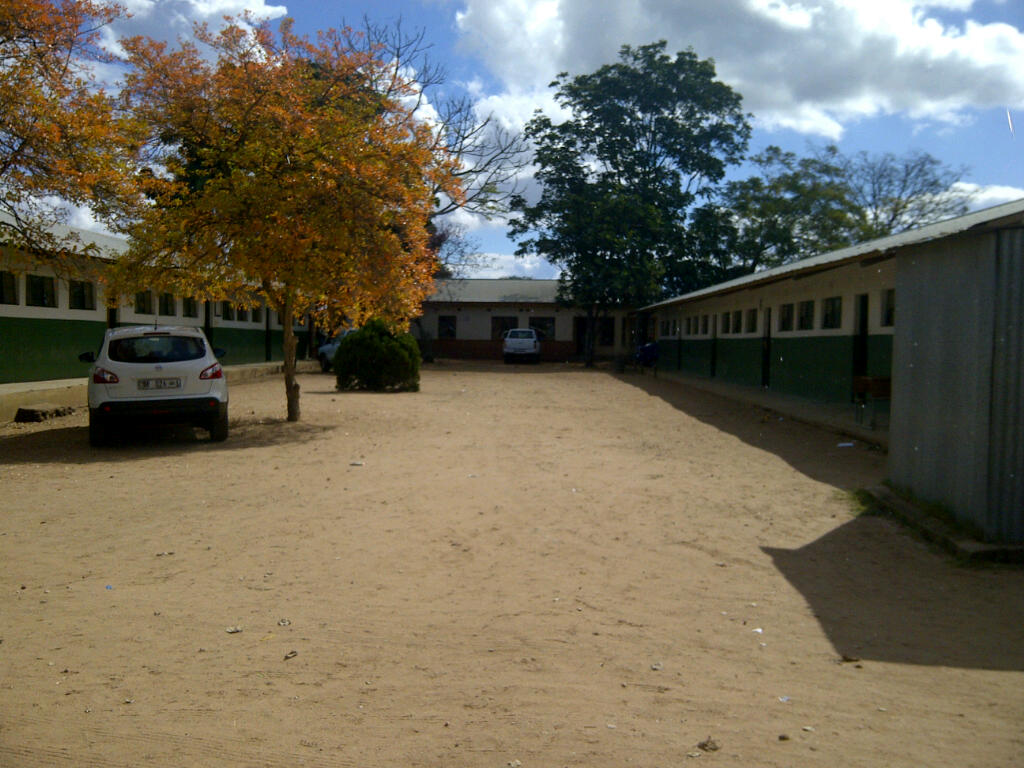 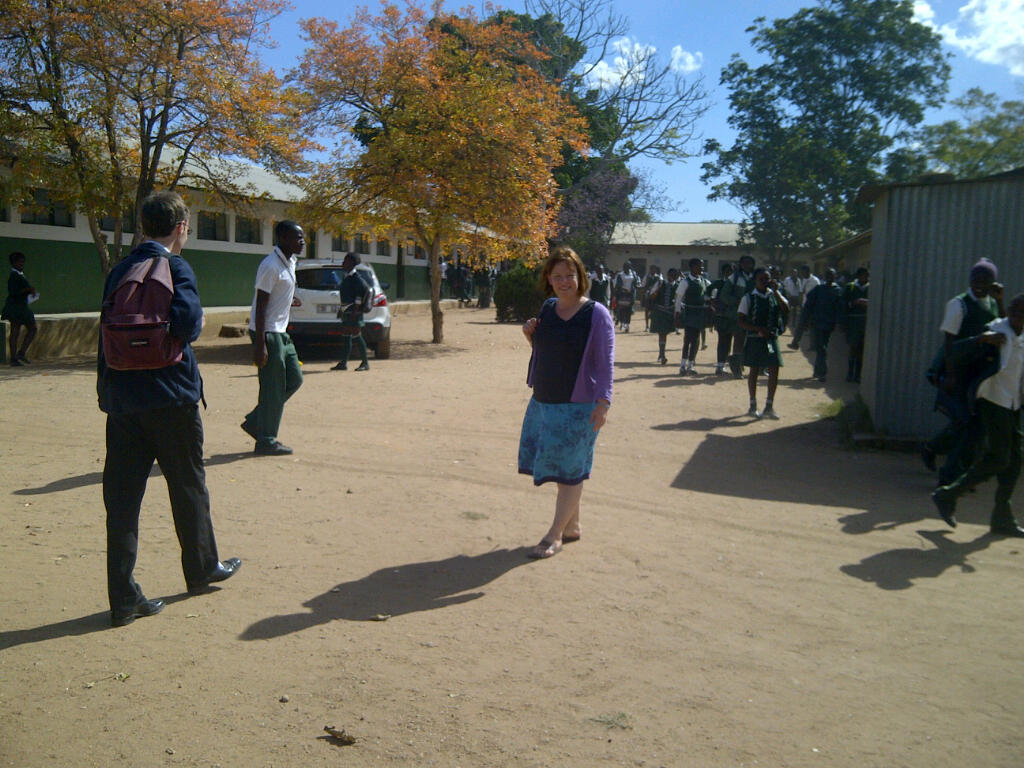 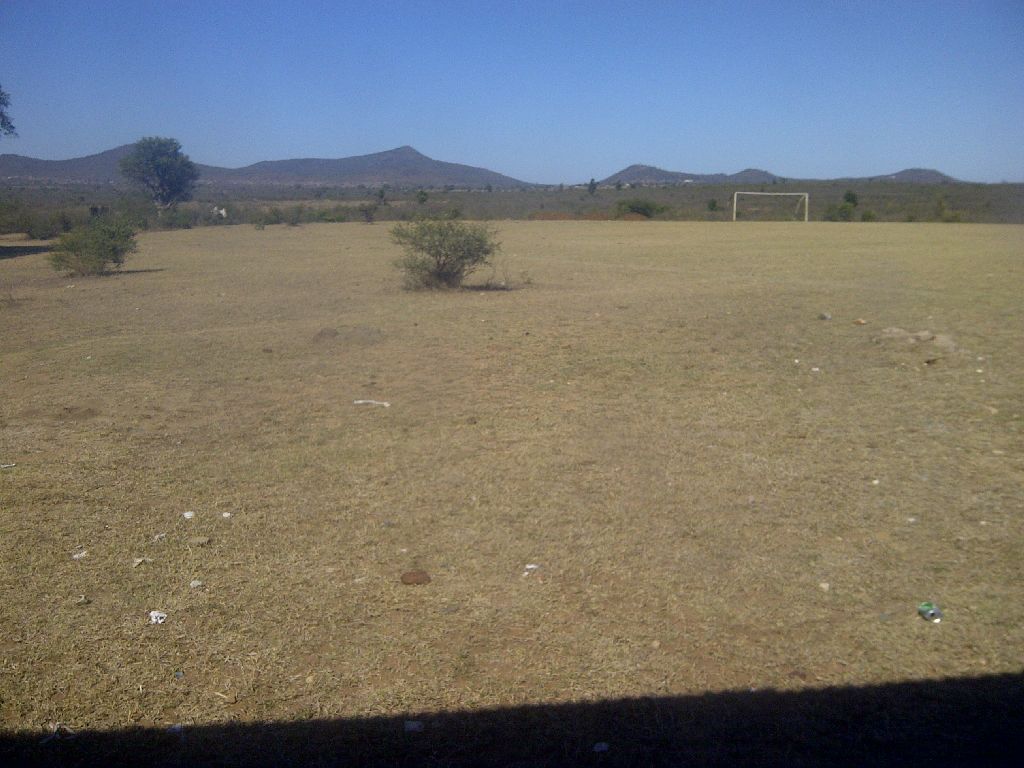 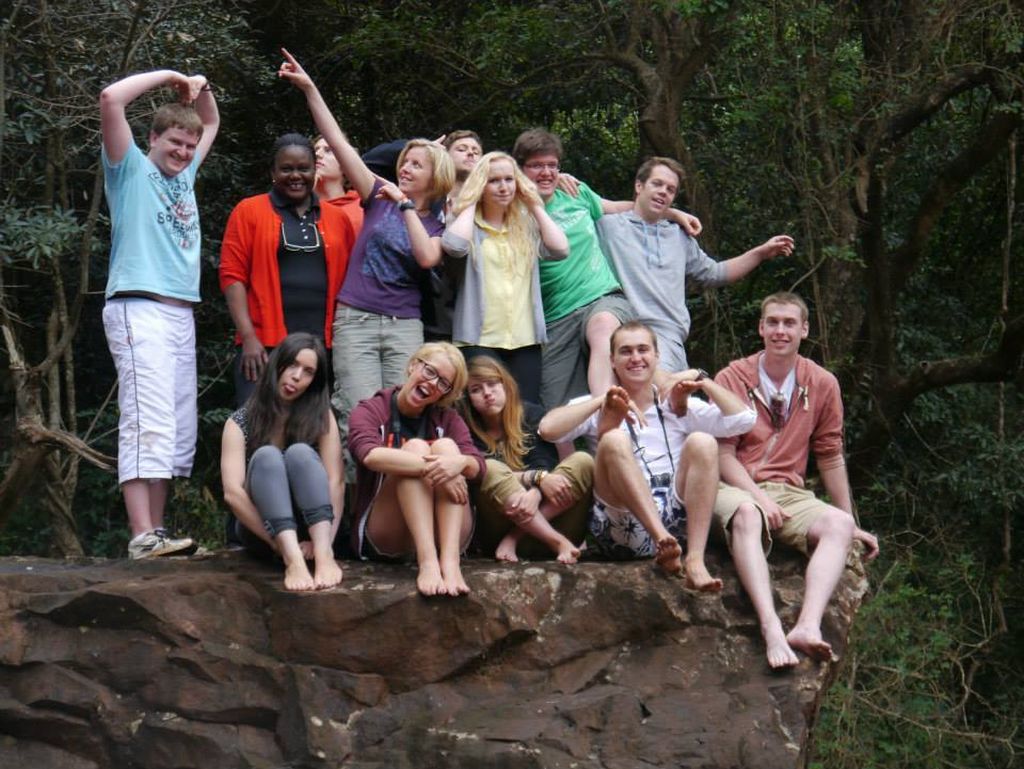 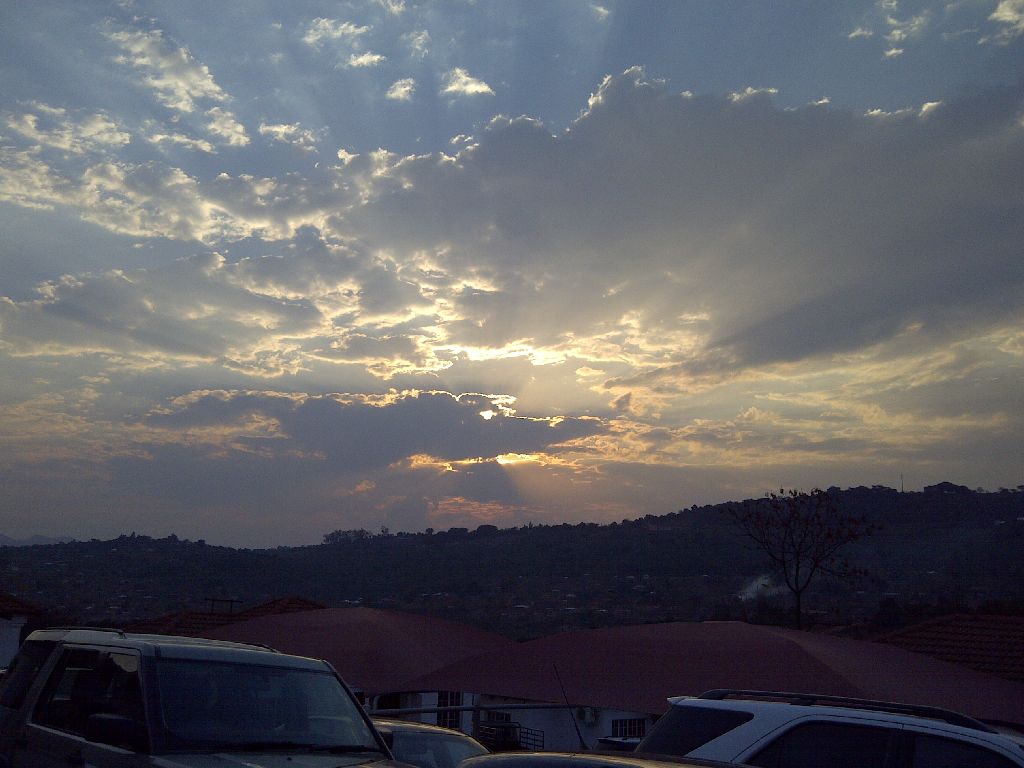 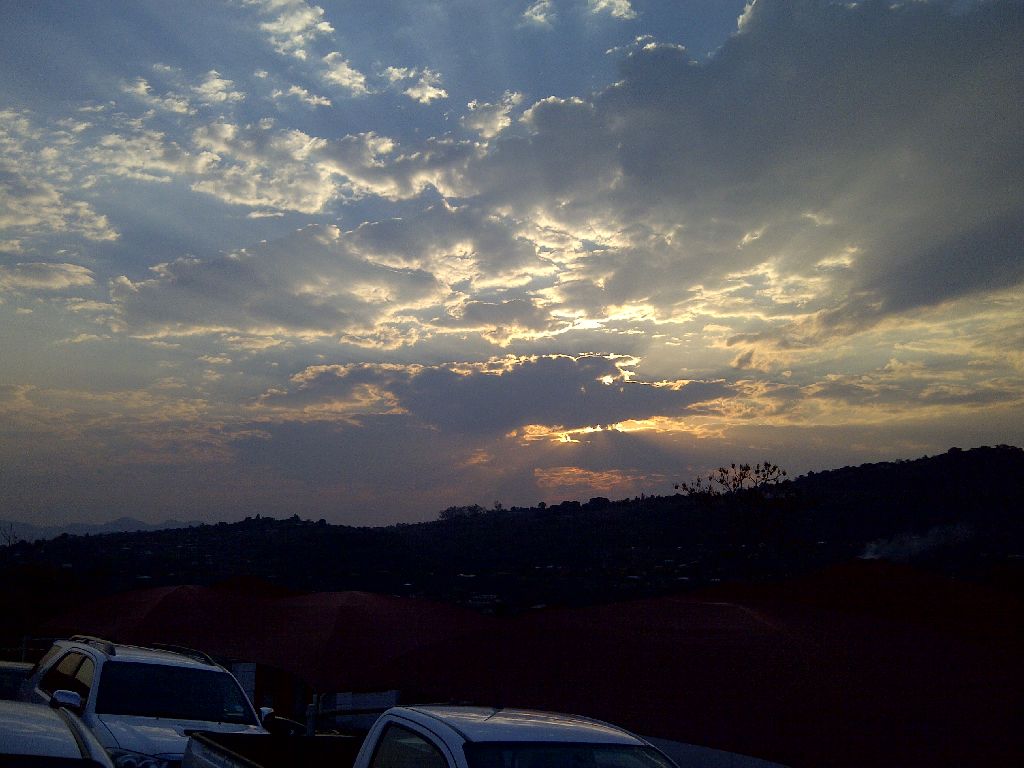 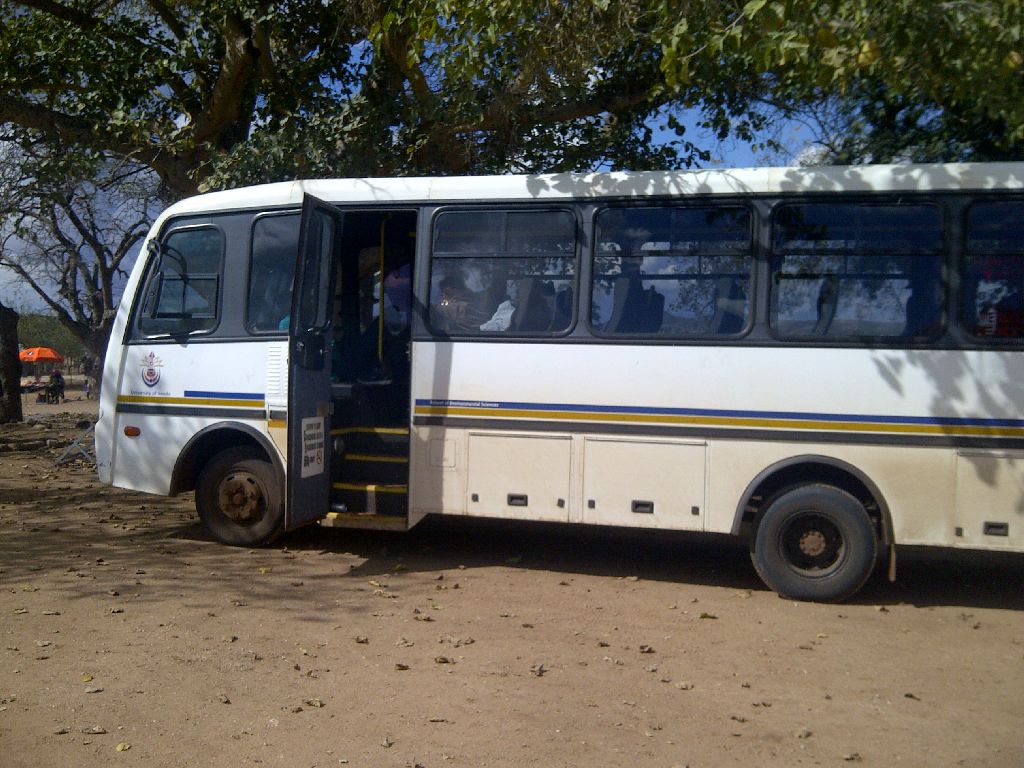 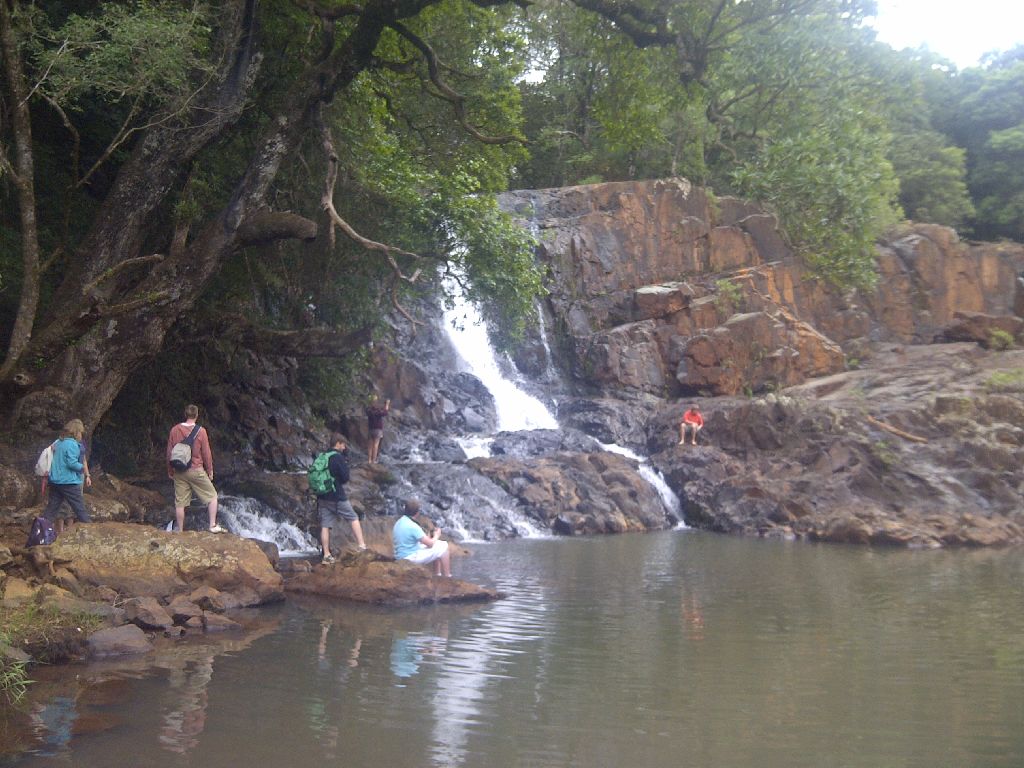 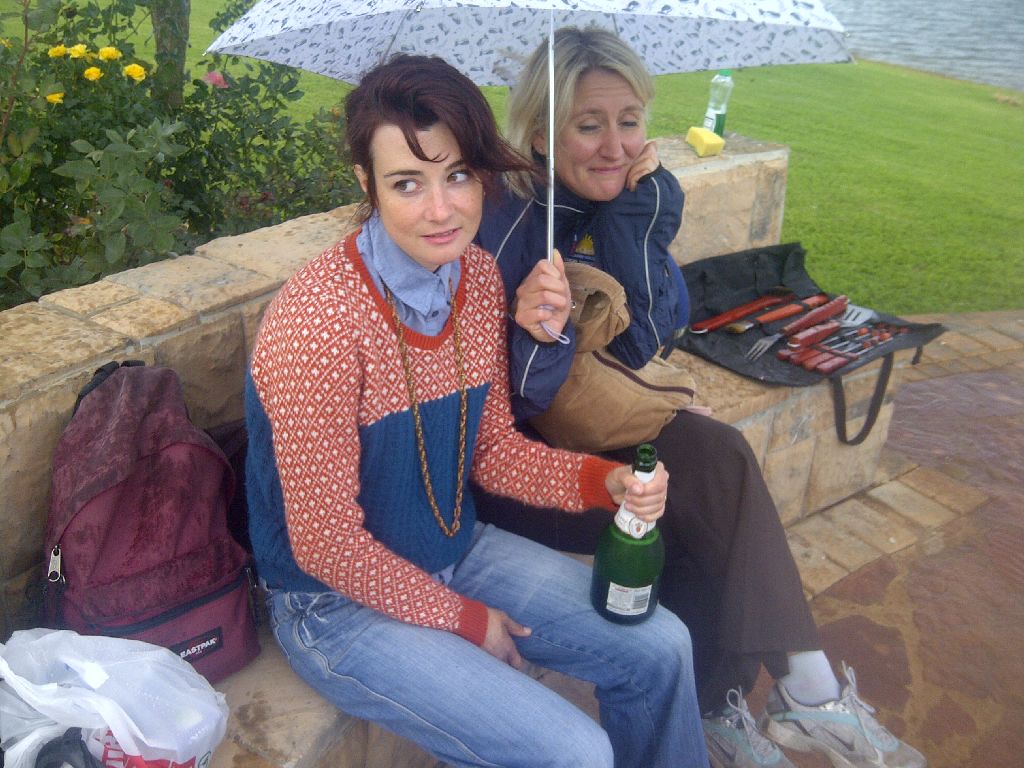 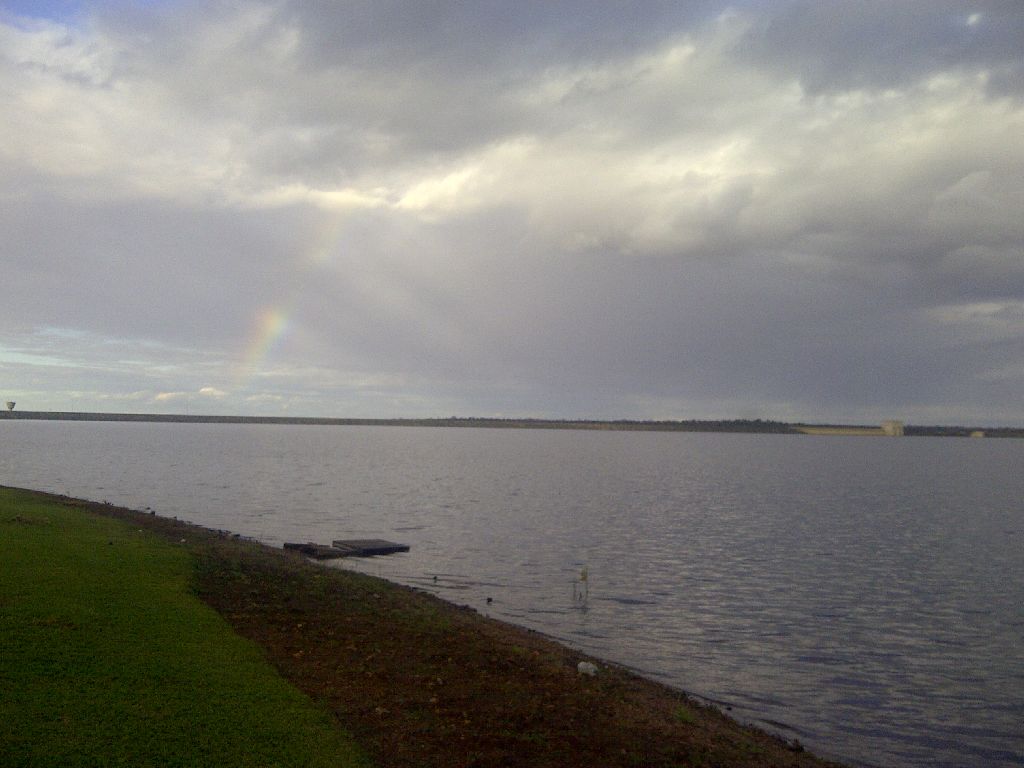 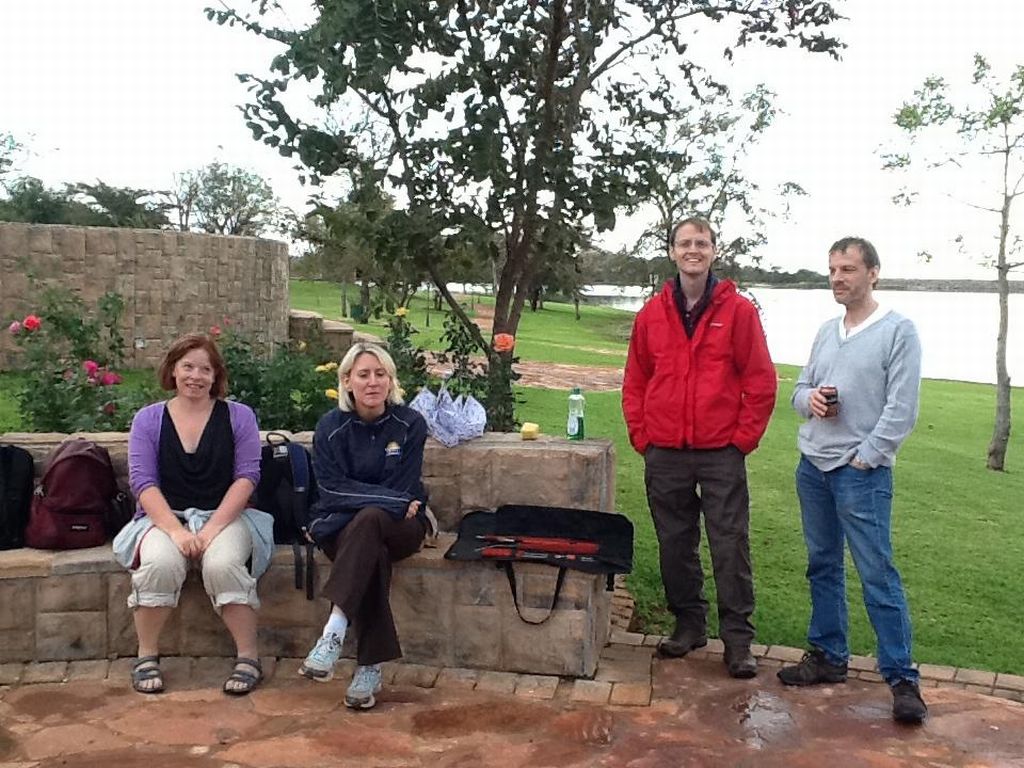 More information on Warwick in Africa, including the University’s own video introduced by Lenny Henry and a BBC documentary can be found on the University website.

UPDATE: since this blog post there has been a new video released, filmed over the Summer, introduced by George Alagiah.