Home Main Why Government Posturing On WP Shouldn’t Fool Anyone

Why Government Posturing On WP Shouldn’t Fool Anyone 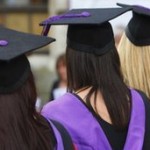 The following is essentially a post I put up on Facebook on 3rd February in response to this story on the BBC website: http://www.bbc.co.uk/news/education-16869898 but is something that has been rattling my cage for a while now, and there have been further news stories that just exacerbate it further. I did promise to turn it into a blog at the time, and there was a lively (supportive) debate in the comments, so thought it was worth finally getting it up here too and use the opportunity to tidy it up a bit and maybe a few embellishments. Background: I’ve been involved in Higher Education in some form or other continuously since 1988, and the comments below are based chiefly on my experiences at the University of Warwick and although I cannot claim all the comments ring true for other (Russel Group) institutions, I suspect that they do.

The present Government’s attitude to widening participation in Higher Education really annoys me. Here are some simple facts:

Universities have always been interested in widening participation and outreach. The government making out that they are “forcing Universities to take action” is quite frankly a load of rubbish and just posturing to make the public think that 9K fees are all the fault of Higher Education greed (in fact departments are unlikely to see much extra money and most of the increase is to off set the loss of central funding). Indeed, we also already have very generous bursaries in place… and not because the government is forcing us to. It often surprises students on current fee levels who claim that they are “not a charity” when I point out to them that actually, yes, they are. Through its Gifted and Talented programme (first through NAGTY and now IGGY) Warwick is also trying to reach out to the gifted and able students who don’t have the opportunities to shine and reach their potential, and have been for over 10 years. If that isn’t widening participation then I don’t know what is.

Through “Aim Higher” Universities were doing fantastic work in helping kids from disadvantaged backgrounds raise their aspirations… oh, until the current Government scrapped it. They also scrapped the SAS  (Student Associates Scheme) which was designed to get good undergraduates into teaching and guess what, rather than give up on improving the experience for pupils in disadvantaged schools in Coventry because there was no funding, Warwick set up their own scheme to replace it. Were they forced to? No. Warwick also has it’s own Warwick in Africa programme… is this a money making exercise to feed our corporate greed which is what the Government wants the public to think is our overriding concern, or is it raising aspirations amongst kids in conditions far worse than anything in the UK? I’ll leave it up to you to decide.

It isn’t clear how they will judge the success of individual Universities. If at Warwick we go out into local schools and raise aspirations (as is already happening) this is most likely going to increase “widening participation” applications/entrance at post 1992 Universities rather than at Warwick for many reasons, so to then slap us on the wrists because our proportion of the right sort of students has not increased is short-sighted and quite frankly missing the point. Indeed, raising aspirations in Coventry may even increase applications to the other University in the Russel Group close by such as Birmingham (a short train journey away).

Universities (certainly Russel Group) should not lower entrance requirements based on postcodes. It is not up to the Higher Education sector  to make up for the deficiencies of secondary education by lowering entrance requirements based on geographical location. Taking on a student who has lower a’level grades because of background is doing them absolutely no favours when they can’t keep up with everyone else and drop out, and what’s to say that despite being in a less affluent area they haven’t actually reached their potential at that lower grade? That is doing a disservice to teachers everywhere. For maths in particular, through the Further Maths Network every a’level student in the country has the opportunity to study Further Maths regardless of postcode. Entrance requirements fulfil a variety of purposes from basic ability, background in the subject area to a  proven work ethic. If secondary education is not fulfilling its role correctly then fix that, don’t expect HE to pick up the pieces in a rather unsatisfactory way (potentially by watering down degrees to cover basic material that students should already know on arrival).